Aye Nako is a Brooklyn based queer punk band comprised of 4 self-described “weirdos writing dissonant and melodic punk music while carving out a space to co-exist in the fold between music, art, and politics in New York City and beyond.” In their 2015 EP The Blackest Eye, the band demonstrated their bold approach to hard-hitting themes such as abuse and racism to critical acclaim, ending up on “best of” lists for both the New York Times and NPR, and being voted best garage band in New York in the Village Voice. Now they are back with a new single “Nightcrawler” taking on the personal once again in a trippy anthem about wading through emotional turmoil into possibility.

“I was carrying a bunch of emotional baggage with past relationships that I hadn’t quite dealt with or figured out how to heal from,” vocalist Jade (heard on the track) explains. “The double scorpio in me only knew how to bury all of these feelings crawling around in my gut. The song is about unpacking difficult memories trapped inside of a shaken bottle; I open the cap and brace myself to see what happens. the video portrays this as a somewhat reckless drug binge you might embark on with your friends – some things might not make any sense at all, but there’s a hope that maybe by the end we’ll all reach some clarity and purge the pain. We behave passively on the surface, but have a secret obsession with achieving a sense of possibility…Reaching the light at the end of the tunnel.” 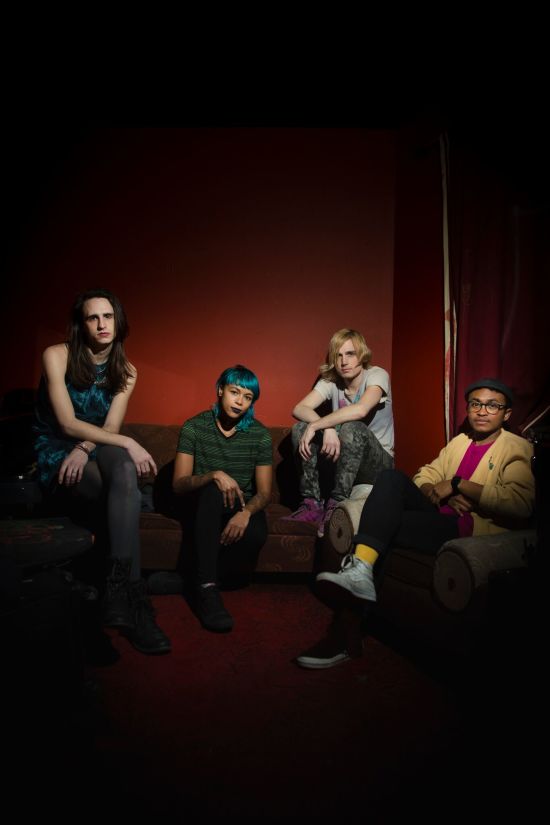 PREMIERE: GOYA GUMBANI AND KIINA ARE “SITTIN RIGHT” IN THEIR NEW VIDEO

STANDING ON THE CORNER ESCAPES TO OUTER SPACE WITH “ANGEL”