This month in 1995, Forrest Whitaker presented Waiting To Exhale to the world. Whether he knew that his film would be impactful 27 years later is beside the point. Starring Angela Basset, Loretta Divine, Whitney Houston, and Lela Rochon, this film portrays Black womanhood in the 90s. Rich in looks, dialogue, and depth, unlike Bernadette’s wayward husband, Waiting To Exhale is the most proper influence!

In my opinion, any time two or more Black women are in a room, there’s a lesson to be found somewhere. The same can be said for films and television series. Take Girlfriends, One on One, Eve’s Bayou, and many more. While artistic license gives certain freedoms to creators and it’s understood that art imitates life/life imitates art, there’s enough reality in fiction to inspire thought and influence the public.

Between the four main characters, below are the most impactful lessons to take from Waiting To Exhale.

Successful TV producer, Savannah’s is the story of a woman interested in a meaningful romantic relationship, all the while engaging men of little character. Believing her married boyfriend might leave his wife to be with her, she sticks around longer than she should.

Since I was old enough to understand, I’ve known “he won’t leave his wife for you” as the thing you say to anyone who finds themselves seeing a married man. Savannah Jackson’s story is a cautionary tale and visual aid to address this. My mother would describe people in these types of situations as, “Men of no character and women who don’t require it.” Granted, my mom is in her 50s Mom era, so for younger audiences I harken to Leezy V’s better-known phrase, “Y’all be weak in the knees, stand up. Stand up!”

In case it was unclear, guess what…a philandering husband is indeed the improper influence. Angela Basset’s iconic performance of Bernadine’s Rage has been imprinted in my memory since I was first allowed to watch Waiting To Exhale.

When Bernadine’s husband of 11 years informs her that he will be divorcing her for his white bookkeeper, I knew she was in for a tough time. When he proceeded to empty their joint bank accounts, I knew the man was a scoundrel. However it was when Bernadine raged and described the years of professional services she rendered in order for him to have the business, I agreed — he was “the mother******* improper influence!”

Bernadine’s is the cautionary tale not to put a man’s career before your own without, at the very least, some contractual safeguards in place.

Gloria Matthews got her groove back!

As a woman dating in 2022, watching Loretta Divine’s Gloria Matthews will elicit some secondhand embarrassment. As a businesswoman, Gloria is brilliant, but her personal life is less put together in comparison.

The father of her child isn’t interested in her, although she’s clearly still pining over him. Then, her relationship with her only child leans into him being a son-boyfriend when he should only be her son. Suffice to say, these relationships were inappropriate and left little space for personal growth and future romance.

Thankfully, after some neighborly intervention, Gloria realizes the love she wanted and needed. In short, her story is a testament to the belief that what isn’t for you won’t stay with you; but what is for you will find you. 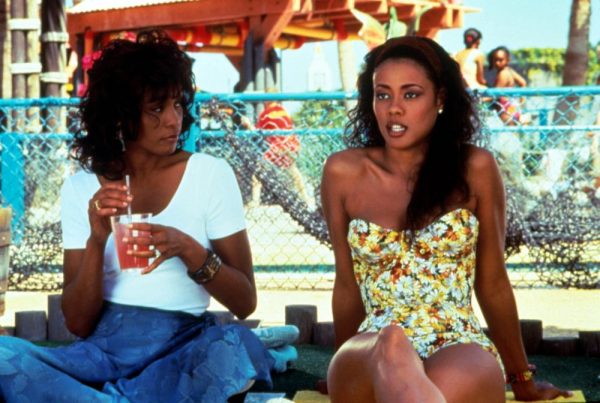 In the aftermath of Roe v Wade being overturned, watching Lela Rochon play the role of Robin Stokes feels odd. For so many women in America today, getting an abortion is near impossible. Robin, on the other hand, shares the story of when she exercised her right to choose in the 1990s.

For women prone to poor choices in romantic partners, her story is relatable. While some mistresses get to have their cake and eat it too, every mistress doesn’t come out on top. With a child, becoming a single parent adds another layer of difficulty to a person’s life. Perhaps, regardless of your personal politics, being able to determine your own future is the lesson that Robin Stokes’s character imparts to the world.