While some of us were excited about a live action remake of The Little Mermaid others did mental gymnastics to discredit Halle Bailey’s casting. Mind you, we are talking about casting Halle, a Black woman and powerhouse vocalist, as a royal mythological sea creature. This type of racism is nothing new to Black folks, nor is its the denialism. It is strange, however, that people expect realism from fantasy, sci-fi and animation when the period piece genre exists. Then again, it’s commonplace for Hollywood to whitewash characters. So the issue isn’t merely character re-imagination, but that they’re being reimagined by Black and POC actors.

Arguably, certain histories that have very little to do with Black people. For instance, we don’t expect a film set in 18th century England to be as representative as a film set in 21st century England. It’s estimated that there were 15,000 Black persons in England by the late 18th century, whereas in the 21st century there are over a million. Even though the latter figure accounts for less than 4% of the population, there’s no writing them completely out of existence. That’s the thing about history, it happened. While many would try to rewrite it, the fact of the matter is that you can’t change the past.

Alternately, the same rules have never had to apply to science fiction, fantasy, and animation. We all watched The Simpson Marge Simpson run around with a blue afro and left it at that. When Andy Serkis portrayed Gollum, a Stoor Hobbit, scaring children with his “precious”, race was irrelevant – because it’s a fantasy story. 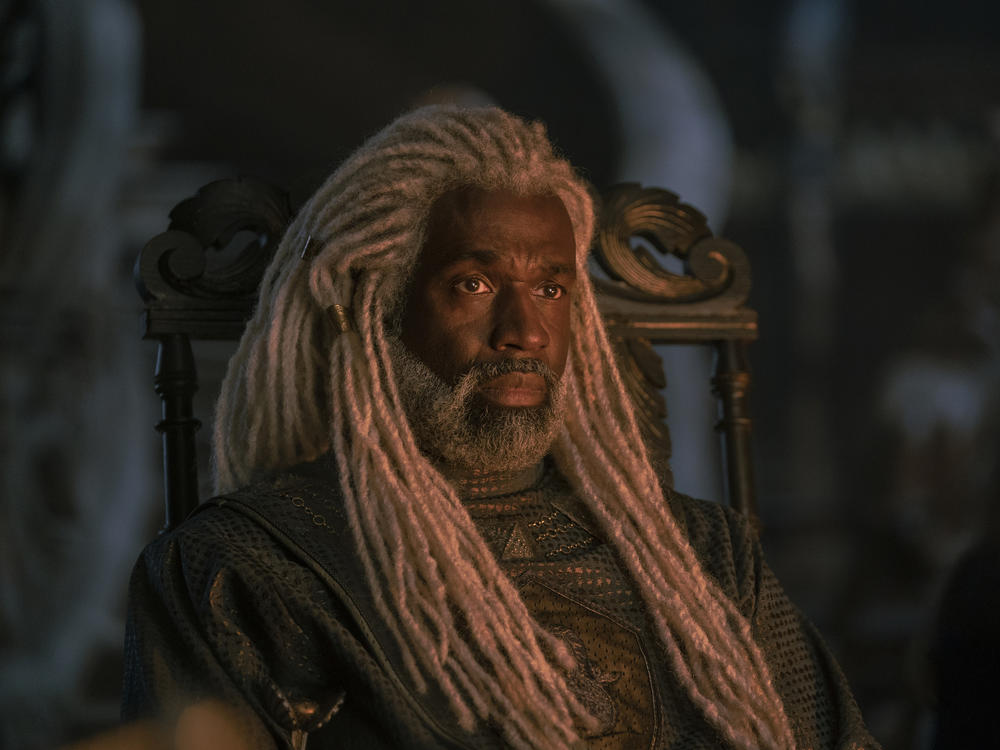 House Of The Dragon controversy

When House Of The Dragon presented a powerful house of Westeros as Black, the concept of people riding dragons and razing cities to the ground by saying “Dracarys” is plausible, but a Black man being the richest in the realm is preposterous. Arguments against the imagining of House Velaryon reference George R Martin’s source material describing the family as “pale”. By definition, “pale” means “light in color or shade; containing little color or pigment”. As such, it makes sense that a Black Lord Corlys Velaryon, sired light skinned children with Princess Rhaenys Targaryen. Therefore, the casting is accurate to the source material. Yet, if a person’s sole point of departure is whiteness, the idea of “pale” Black folks is unimaginable. Suffice to say, the knock is coming from inside the house.

A Black Ariel, a powerful Westerosi Lord being Black, or any Black representation in film and television continues to unsettle people outside the global majority because, “When you’re accustomed to privilege, equality feels like oppression.”