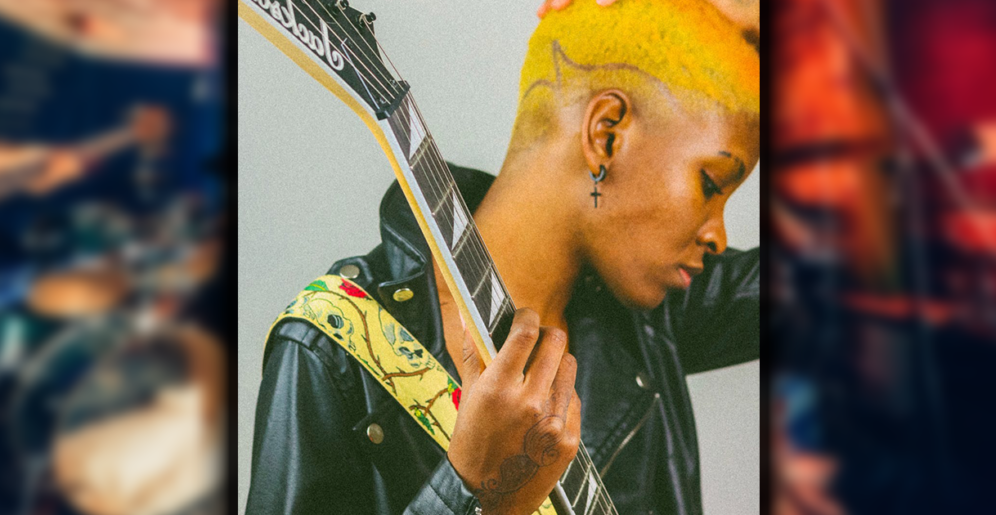 By KD Bias and Kamilah Simmons

Since its inception, punk rock has always been a vehicle for social outsiders to express themselves unapologetically. From progenitors like Poly Styrene and Bad Brains to more obscure musical influences like Love and Death, Black voices have historically been a part of this uprising.

In celebration of the divine feminine of Women’s History month, we’ve gathered some of the most radical and influential women punk trailblazers carrying the torch for the next generation.

These inspired new artists are not only listen-worthy but have varying styles and a range of beauty. They emanate femininity and girl power in their own dominating ways. Fans are already streaming, following, and tuning in to what they have to offer.

From lyrical dominance to sultry songstresses, these women are sonic powerhouses.

Check out a few of our top picks.

Led by singer and lyricist, Audrey Campbell, Pleasure Venom is a socially conscious, alt/punk band out of Austin, TX. Not originally intending to be politically focused, Pleasure Venom’s focus and lyrics have grown and changed with the state of things in America alongside Campbell’s personal experiences.

“It’s unfortunate we have the alt-right and white supremacists in the US up to the white house that feels the killing of black life, queer life, female reproductive rights, etc is a non-issue. It’s really important for me to say it is through the music.” (via Loud Women)

Guitar Gabby and the Txlips

Atlanta native Guitar Gabby started her project which features revolving musicians, to help bring undiscovered talent into the light. Guitar Gabby is also a manager who strives to be the missing link in modern music production and performance.

“There’s a very large gap in the music industry that needs to be filled by Black women’s voices… We’re not as present as I believe we should be, so I wanted to create a platform for Black women to be able to participate in music, whenever they wanted, however, they wanted.” (via Performer Mag)

Uhuru Moor of FUPU (short for “F**k You Pay Us”) puts the band’s mission into words the best when she says “FUPU is not entertainment. This is no gig. This is no act. This is about real people who are experiencing oppression, putting that to music.” (via Dazed).

Standing up to injustice and the ridiculous notion that punk rock is just for white men, FUPU exists to reshape the future for Black radicals and the diaspora as a whole.

MAAFA, named after the Kiswahili phrase meaning “a greater disaster,” is the brainchild of Afro-Brazillian artist Fiora Lucini. Grimey, gritty and unapologetic, MAAFA tackles subjects such as poverty, fetishism, and more with a focus on the Black community as a whole.

Childhood friends Amy Love and Georgia South formed their band Nova Twins in London in 2014. Self-described as “urban punk,” Nova Twins are “a genre-bending amalgamation of raw punk energy, illegal rave electronics and unapologetic grimey attitude.” (via PRS for Music) Fans of tunes with a metal tinge won’t want to miss this duo.

No shade to any of the incredible women emcees in the game, but this one is on another level. Mixing hip-hop purest vibes with a perfectly quirky personality, Tierra Whack is the force we needed. Hailing from Philadelphia, the 26-year-old phenom already proved herself as an XXL 2019 Freshman. She’s also penned tracks with Tyler The Creator, Alicia Keys, and Beyonce’. If you like bars and are in need of a refreshing take on modern rap, Tierra Whack is worth looking out for.

Ivana and Jessica Nwokike, better known as VanJess, are a Nigerian-American R&B duo. The sisters are both alluring and funky. Think Motown doo-wop meets SWV, but in 2022. Their vibrant style and vocal-stacked covers of popular music are what gained their popularity. Their latest EP, Homegrown, takes you on a trip through the complexities of R&B. From 80’s inspired beats to seductive saxophones, VanJess is definitely the vibe.

Straight outta Winston-Salem, NC, TiaCorine has what it takes to swerve into any lane she pleases. The rapper is also an adept vocalist with a cool, down-to-earth personality. She displays her playful bars and vocal abilities on tracks like Lotto and Luigi. Then shows her rap skills on Get The Strap and Bo Time. Her latest project, “Pu**Y” includes three completely different records that perfectly showcase her skills.  If you’re in for a fun time, check out TiaCorine on Soundcloud and wherever you stream music.

Emmavie is an artist who just gets it. Likely because she writes and produces her own music. The UK-born singer started making her rounds in 2013 after the release of her minute and a half single, Seamless. She released her first EP, Guns Ablaze, with a classic neo-soul foundation fused with hip-hop and electronica. Her music takes you on a journey. Each track feels like a personal recollection of love and life, even if it’s not. Emmavie is just that good.