i am a survivor of a narcisstic parent

In approximately two weeks, my birthday will be occurring.

Now, while I say this, it may just seem like I’m calmly stating a fact or telling you something in a matter-of-fact way, but the truth is I pretty much quelled several panic attacks, two emotional outbursts and one mental breakdown in order to be able to state that simple “fact”. In fact, even hearing the word birthday gives me the immense feeling of such existential dread that you might as well have told me that a meteor was on its way to destroy the Earth (which I would welcome, by the way. Praise be to our rock overlords) right. the fuck. now.

You’re probably asking what in the blue hell am I talking about and if so, it’s very simple: I despise my birthday.

Some of you may find that shocking or maybe even sad. How can I, a young human, hold so much contempt and disgust for the anniversary of the day I made my grand entrance into the world? It’s supposed to be a day of celebration, right?? I’m supposed to feel like an absolute badass and KWEEEN (in my best Broad City voice) on my birthday, right???

I mean, in the abstract, you’re absolutely right. However, if you know anything about narcissists or being the child of a narcissist, you will understand why I have such a sordid relationship with birthdays.

And here’s why: One of the classic, but forgotten hallmarks of any narcissist is, excuse my French, the punk-ass way in which they live to ruin birthdays, holidays, or other special locations.

Putting it mildly, my longtime followers know that I basically have a lifelong vendetta against narcissists. For a variety of reasons—the greatest among them being my narcissistic father. Many think this is the case because of their classic manipulation tactics, lack of empathy, and their most FAMOUS manipulation tactic known as gaslighting. But even with that pretty short, yet comprehensive list, you’d be leaving out the most underrated hallmark of a narcissist of all….which is their gross disdain for birthdays, major holidays, and all-around special days.

What is the reason for this? Well, you may be tempted to over-analyze it but there’s no need really. The reason they like to take a steaming hot shit on special days is simply because, on that particular day, the sun, the moon, the stars and the power of Ra are not revolving around them. For that particular moment of time. And as a result? They hate it.

They hate it and make it their mission each and every time to ruin it. After all, they usually have an extremely elevated sense of self (the bigger and grander, the better) and expect everything, including the universe to bend over and kiss their simple arses and be grateful to even smell their farts and each and every day. 24 hours, 7 days of the week.

And when you “refuse” (that’s literally how they view it) to do that for just ONE day, it is infuriating for them and they seek to punish you by making the occasion so awful that you will regret even thinking about celebrating to begin with. Nothing is off-limits when it comes to how they wreak havoc on your special day too. Because the goal at that point is to bring about your suffering in order to manifest their own joy. Misery is the love language of the narcissist. And it since misery famously loves company the narcissist will always book a table for it, with a party of 2… that includes you.

And don’t you dare for one second think that they’ll come back later and feel sorry about it, because remember, they lack empathy. They do not care. In fact, if they even feel for one second that maybe they should feel bad for blasting your special day to hell with no chance of recovering, they will surely find a way to blame you—claiming that you’re too sensitive and extremely self-centered (ha!) for putting so much emphasis on the day.

And by the time it’s all said and done, you will want the ground to open up and swallow you whole on some epic and biblical proportions and you will, from that moment on, always have anxiety and feel pain when it comes to said special occasion and especially when it comes to inviting said narcissist to celebrate said special occasion with you again.

They will make you rue the day, literally.

Starting to catch my drift? Good. It’s good that you know narcissists abhor birthdays, among other things, in general. But I haven’t told you what separates the standard narcissist from the narcissistic parent in this regard.

And to answer that, it’s not complicated: The obsession with ruining special days—including birthdays—is ten-fold for narcissistic parents and their ultimate revenge for getting back at you for being born, and in part, stealing attention away from them for good.

The only thing that is more terrifying than a lone narcissist is one that somehow convinced some unlucky soul to procreate with them and bring an unsuspecting child into the world as a result.

I say unsuspecting because while it’s a doozie being in a relationship with a narcissist, I’d argue that it’s slightly worse being the spawn of said narcissist because you, as their child will now be charged with undoing a lifetime of trauma that they will surely impart upon you from nigh-infancy.

The goal of this — besides shared misery — is to make you feel as small and as unimportant as you made them the day you were born, of course, and to ensure that you associate something negative with it for the rest of your life. And as for the why?

Well, you had the audacity to be born, after all. And the thought process to them is “how dare you?”

You see, the thing about kids that we can all mostly agree on is that even though it is important to acknowledge that parents should have and live three-dimensional lives OUTSIDE their kids, said kids will always supersede them and their own needs. Yes, it is important to take care of yourself and not lose yourself as a parent, but generally speaking, when you bring a small human into the world, it is known from that moment on, life is no longer just about you anymore.

The world does not revolve around just you anymore. No longer will it bend over to smell your farts. Nah, it’s all about baby farts now.

And there is no greater sin in the narcissist’s eyes than reminding them, forever, as their child, that it is no longer about them.

I experienced this phenomenon plenty of times growing up and long enough to eventually just say “fuck it” when it came to my birthday and occasions celebrating me. My father took great joy in ruining and stomping on them all. Hell, aside from my eight birthday party at Chuck E. Cheese where my mom saw fit to bust out the infamous hot comb, I honestly cannot tell you the last time I had a great birthday.

And even on that day, my dad had had a complete meltdown and almost got into a fistfight with Mr. Cheese and I somehow just decided to ignore him.

Holidays were about the same too. Any holiday really. Valentine’s Day. Mother’s Day. Even Father’s Day—his own day. My dad had a sixth sense and it was his ability to detect just the right moment to start an argument that would cast a shadow over said holiday for the entire duration of the holiday. And if that holiday was specifically designed to celebrate the idea of family and togetherness like the monotheistic Christmas or the reformed colonizer holiday known as Thanksgiving?

Well, he saved his nastiest and most violent behavior for those days. Always.

I remember all of those, of course, but my most vivid memories of this unstable behavior, besides on my birthday, come from surviving both my high school and college graduation and with him around.

In both instances, he threw a melodramatic tantrum (have you ever seen a grown man throw a tantrum? It’s…not pretty), berated and belittled anyone and everyone in the vicinity; and decided to make an abrupt (read: ugly-ass) and early exit, and would do all of this in the hope that the subject of my big day would now solely be about him.

In high school, I’m not gonna lie, that shit hurt. Because it was one of my last opportunities to say goodbye to a couple of childhood friends that I knew I wouldn’t see again for a long time. And my father took special steps to ruin it.

By the time college had rolled around, I had finally peeped the game. And knowing the game was cold, I simply didn’t care when he stormed out and made an effort to just focus on celebrating with my college graduate friends at their assorted parties and gatherings later. And honestly?

That hurt my narcissist father more than anything. That is, my recognition of his toxicity and my refusal to let him steal my big day for the 3894033030037282nd time.

But even with me having all this experience under my belt as a narcissist slayer and a general survivor of assuredly abusive and unruly behavior all these years later, I still — for the life of me — cannot shake the impending doom I feel When May 1st pops up on my calendar. I still basically get hives when the countdown clock for my birthday begins. And even on the day of my birthday, I will often feel immense apathy and wait, impatiently, for the day to come and go.

I will be 25 this year. And that age comes with a bunch of unfriendly and unwanted quarter-life anxieties that I really don’t feel like commemorating — even when I leave the narcissist bullshit out. But I am also aware that I really didn’t plan on making it past the age of 22 and every year and birthday that I have continued to draw breath from thereafter is a curious reminder that while I just got started and really don’t know where I’m going in life, I also am not quite finished yet, and should give myself some time to at least like myself — and my fucking birthday — before I consider checking out. 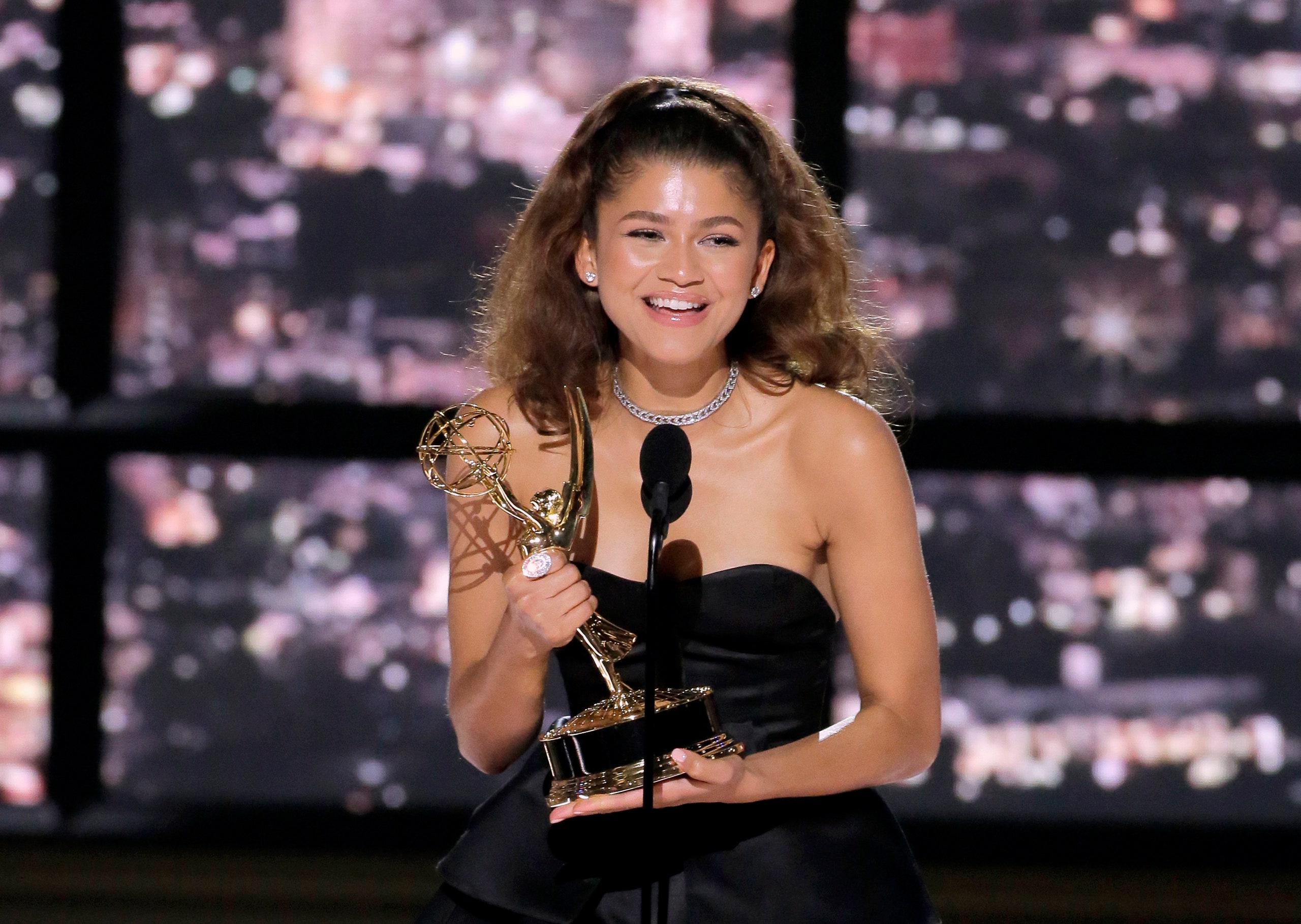