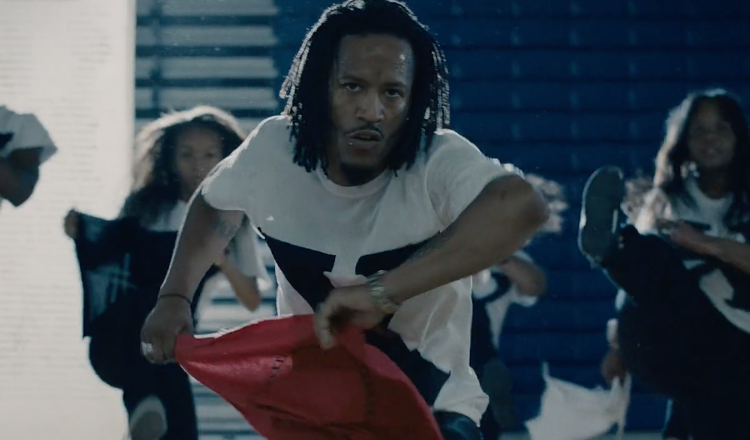 “America’s youth are listening, mindful and aware. The youth are watching and they are affected by our decisions (political, economically, spiritually) and they are holding us accountable to make a bright future for them.” Reflect on these words by Joseph Webb for a moment. The past few years have been all turmoil and very little progress. With Black lives being lost at the hands of law enforcement at such a steady rate, people have turned to protest in various ways, but very few as artful as this one. Over a decade ago, Melba Ayco founded Northwest Tap Connection, part dance studio, part social justice epicenter, in Seattle’s most dangerous neighborhood. As protests erupted after the killings of Alton Sterling and Philando Castile, students from Northwest Tap Connection were caught on camera dancing in the streets which sparked the interest of directors Joseph Webb, Denzel Boyd, and Tyler Rabinowitz and is culminating in the new film, “HELL YOU TALMBOUT.”

“HELL YOU TALMBOUT” is a YoungArts Transformations film project, following Northwest Tap Connection as they aim to bring awareness. Shakiah Danielson, a NWTap choreographer featured in the film said, “We’re using dance as a platform for the students to address violence against young people. Tamir Rice is the same age as my students.” To add to this ethos of radical art, director Denzel Boyd says, “Movement acts as a form of protest, liberation, and/or healing. Our audience will learn to perform “new rituals” by channeling their rage, trauma, or fear through this art form. Understanding the power of dance and its influence in advocating a more vibrant, unbiased and sustainable community. We hope to stimulate not just a moment but rather a movement towards radical transformation of ideals and consciousness.” Movement within the movement has been an important part of resistance for as long as we can remember and these students bring to mind the vigor, vision and passion of Alvin Ailey. Following in those revolutionary footsteps are as important of a path to take as any other, so let’s celebrate the youth, YoungArts, and Wondaland Records for making this possible.