INTERVIEW + NEW TEASER PREMIERE: Filmmaker Nefertite Nguvu opens up about the independent release of her feature film ‘In The Morning’

Filmmaker Nefertite Nguvu has been making the festival rounds with her feature film ‘In The Morning’, a film set in Brooklyn which “charts the emotional anatomy of the lives, loves, infidelities, and enduring friendships of a group of inter-connected New Yorkers over the course of one day”. Nguvu is getting ready to distribute the film independently, and we caught up with her for an interview. Plus we’re premiering a brand-new teaser for the film. Check out the interview and teaser below, and CLICK HERE to support this Indie project (via Kickstarter).

1) Tell us about the story/the pitch, in a nutshell

IN THE MORNING is a feature film about love and its inevitable change/decline. It charts the emotional anatomy of the lives, loves, infidelities, and enduring friendships of a group of inter-connected New Yorkers over the course of one day.  It explores the ever-changing nature of romantic love, but it’s ultimately about the profound power of self-love, self-actualization. 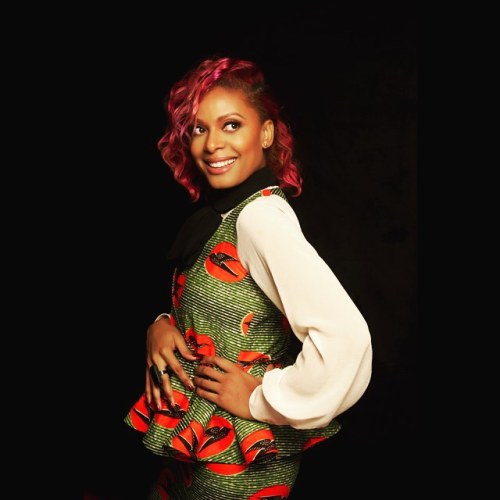 2) How did you choose to present intimacy in the movie (both visually and in the story-writing) and why? Is it a way to “re-humanize” Black characters, present them in a more subtle and diverse way? Writing about intimacy and vulnerability were very important to me.  I don’t think there are enough films about Black life that explore those themes fully.  Often times films about our lives are about how we are responding to external trauma—which is real and true and ever present, but our need/capacity to love and be loved is ever present as well.  I wanted to explore our intimate spaces: what it means to be vulnerable, which is something simple human and true.  In the script writing, that meant creating characters with intellectual complexity and emotional depth, then putting them in situations our audience could relate to.  Visually, we’re always working backwards from the emotional intention of the work.  IN THE MORNING was photographed by Arthur Jafa, our goal was to create a film that possessed an elevated art-house Cinema sensibility, that also felt like it possessed the rawest, deepest, darkest, blackest, most visceral, most beautiful, elements of soul music. The goal was to be truthful and soulful in our approach.  Above all else, I want to help expand the lens through which we see ourselves.

3) All the characters seem to be running from something, even those who initially appear to have it all together/figured out. Is this how you see where humankind is in regards to love and intimacy? Confusion? I don’t see our characters as running from something. I see them all as being in transition.  Our film takes a look at their lives when they are in the process of some serious self-discovery.  They are essentially deciding what they need to give up in order to actualize who they want to become.  I don’t see it as confusion, but to be truly vulnerable, you have to give up a degree of certainty, so that influences their emotional state.  Our characters, like most of us out here in the world are imperfect, works in progress.  Like us, they are all trying to understand themselves and the people they love a little better.  As we evolve, so does our capacity to love.

4) Each character presents a different perspective on love, relationships, etc. Tell us more about that.

I see the film as a conversation piece, and I wanted to incorporate varied perspectives to expand the conversation.  In life, our personal experiences inform our perspectives on love and relationships, so those ideas can vary far and wide, even amongst a group of friends.  I wanted the film to reflect that. What I love most, what’s most gratifying is when our audience can see themselves in our film.  I love it when people come to me after a screening and share their stories and tell me who in the film they identified with.  If you feel emotionally invested in it, if it makes you think about your own experiences, if you feel engaged by it, and it sparks conversation after, I’ve done my job!

5) What is the process that made you end up deciding that you will distribute the movie independently?

I had been in conversation with a few distributers and received offers, which I felt were either inequitable, or wouldn’t give IN THE MORNING a real shot at connecting with its audience.  I had honestly strongly considered taking one of them, just to say I had a distributer, as if that somehow validated the film.  It was actually our audience that helped me see differently.  Most of our screenings have been sold-out.  We had a screening in Chicago this past summer, during a tornado watch, and a torrential downpour, but we still had a full house.  That motivated me tremendously.  I realized our incredible audiences this past year had already validated IN THE MORNING and that I could not wait any longer hoping for the perfect distributer to come along.  I got to work, did the research and realized how attainable it was and set out on this path to take ownership of this process and connect the film with its audience.  We’re currently raising funds on Kickstarter to support our plans to independently release the film in the spring of 2016.

6) Many Black women filmmakers speak up about the challenges they encounter due to their gender and skin color. What has been your experience so far? Do you relate to the fights of directors like Ava DuVernay, etc.?

I get asked this question often and it always makes me think of Lucille Clifton’s poem ‘won’t you celebrate with me’ the last line reads: “come celebrate with me that everyday something has tried to kill me and has failed.”  Nothing about this industry makes it easy for our work to exist.  We are all fighting tremendous battles to get our films made.  IN THE MORNING would not exist were it not for my community.  No Hollywood studio was going to fund a film about the interior lives of Black women.  So my focus isn’t on breaking into that system, what’s worked for me is engaging my community, the people I make films for, who make this fight worthwhile.  My focus is on finding innovative ways to connect my films with their audience that do not rely on the benevolence of gatekeepers.

Both of my parents were nationalists, so of course that has shaped my consciousness my entire life.  I’m often asked why I didn’t choose to make a ‘political’ film.  Making a film about Black life, specifically about our interior lives and feelings, that is not centered around racism/white supremacy was a deliberate choice. Often times in the Hollywood system, it seems that we’re not worthy of a film unless it’s about us being heroic in some way, or about some tragic act of violence, or us struggling through race-based adversity, i.e., our relationship to white supremacy.  I wanted to create a film that wasn’t about that gaze.  That was very deeply and truly about us, our own very intimate/vulnerable spaces.  That was my ‘political’ choice in telling this story. 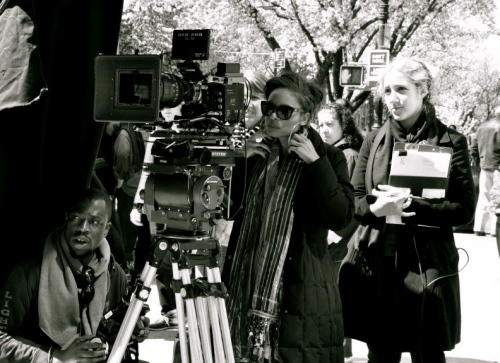 8) You’ve been traveling the world to present the movie. Can you tell us about these experiences and what you’re taking from them, not only from a career perspective but also the human experiences?

It’s been absolutely incredible.  It took me two years in post-production to complete IN THE MORNING, so I lived with it so singularly, for so long.  Being able to see it resonate deeply with audiences all over the country and also in Italy and Paris has been deeply fulfilling.  Everywhere we’ve been I’m constantly told by our audiences that they feel like IN THE MORNING is their story.  It reminds me that this terrible/beautiful animal, love connects us all.