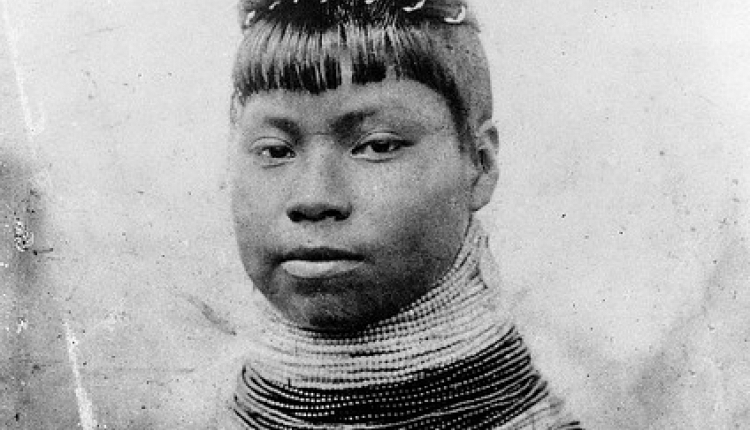 Consider what most of us know about slave revolts: that there were a few major slave revolts, like the Nat Turner revolt in 1830, which were quickly put down. I propose a different view: the Americas under a constant state of revolt or threat of slave revolt.  There were so many documented slave revolts that we need to picture slaveholders living in terror of revolts. They actually lived in constant fear of people they were supposedly “superior to” and “in control of.” This is the real history of slavery in America. What we learned in school, that white Americans heroically initiated the fight to end slavery, is false. There were white heroes, especially those like John Brown and others who actually participated and assisted in slave revolts. But in reality it was the unrelenting resistance to slavery that brought emancipation to the forefront of the American political agenda. When we talk about slave revolts in the U.S., black slaves were not alone. They had powerful allies, who until the 1830s were a force to be reckoned with: Native Americans. 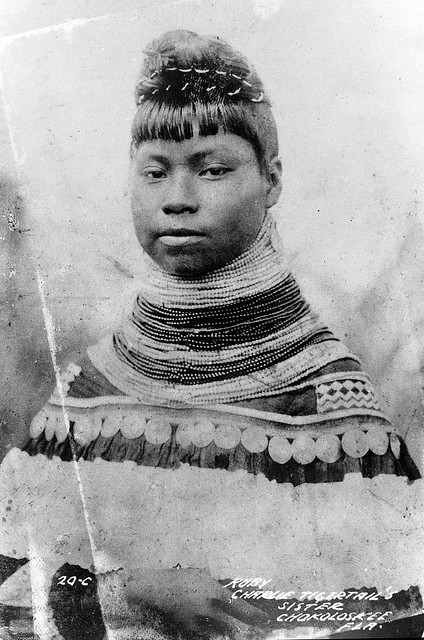 This alliance between Native Americans and slaves started long before Jamestown. In the late 1500s slave traders like Sir Walter Raleigh marooned shiploads of slaves on the U.S. coast to pursue the more lucrative pirating of Spanish galleons carrying Latin American gold. Other slave ships were forced ashore by the slaves themselves, who then escaped into the interior of the U.S. These escaped slaves became known as maroons. It seems only natural that escaped slaves would gravitate to, and be accepted by Indian tribes.

The first recorded slave revolt with the aid of Native Americans was in 1526 in a Spanish settlement in present-day South Carolina near the Pedee River. One hundred slaves revolted against 500 Spaniards after nearby Indians became hostile to the settlement. The slaves integrated into the Native American community after wiping out the Spaniards. 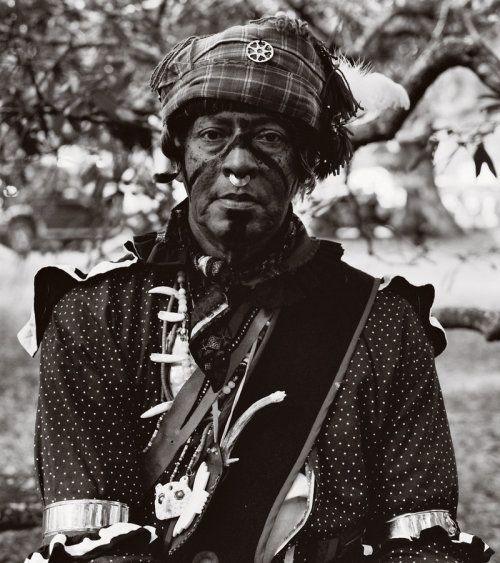 There was slavery in the Americas before Europeans arrived. Native North Americans took captives during wars with other tribes and forced them into small-scale slave labor. Captives were often traded back to their tribes in captive exchanges. But large-scale slave labor and slaveholding was unknown to Native Americans before the Europeans arrived.

European’s appearance in North America changed slavery for Native Americans. European’s need for labor, especially in the Southern colonies, broke down the previous system. Indian tribes began to make raids with the goal of selling captives as slaves to the Europeans. This affected the power balance between tribal nations and disrupted inter-tribal functioning. 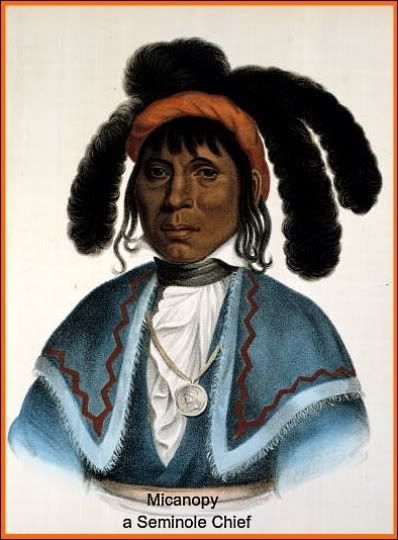 Enslaving Native Americans was a dangerous and tricky proposition for the early European settlers. Settlers relied on various Indian tribes for survival and protection: the French relied on the Choctaw: the British counted on the Chickasaw and Cherokee. And Native American slaves, unlike Africans uprooted from their ancestral homelands, were likely to escape and return to their tribes. 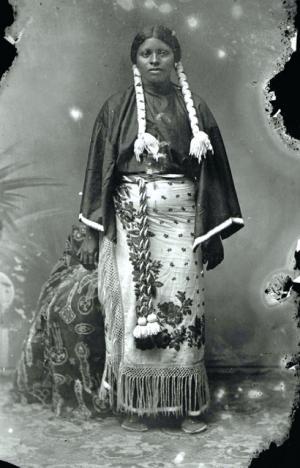 As Native Americans had increasingly hostile encounters with ever, encroaching European settlers, they became natural allies of the arriving black slaves. Both groups fiercely resisted Europeans’ efforts to enslave them. Many tribes made the strategic calculation that aiding blacks revolting against slavery, was in their own best interest. 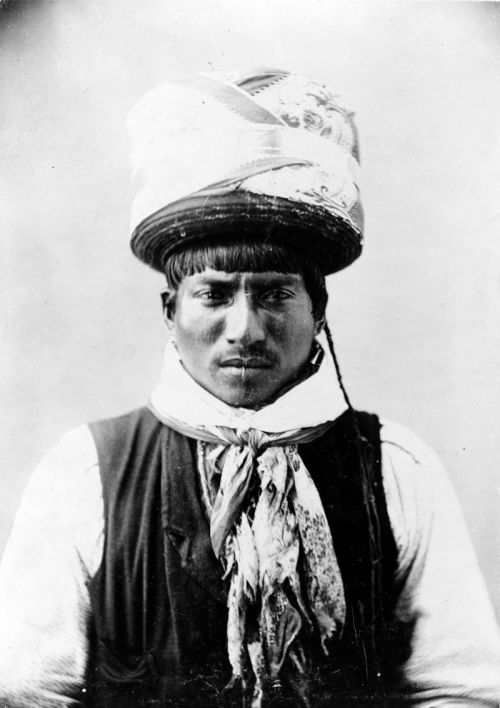 White settlers and leaders fought furiously throughout U.S. history, even resorting to wholesale murder, to disrupt this powerful, centuries-old alliance.  Colonists in South Carolina were so worried about slave and Indian alliances that they passed laws in 1725 and 1751 that prohibited holding slaves near Native Americans on the frontier.  South Carolina Governor James Glen stated in 1758: “It has always been the policy of this government to create an aversion of the Indians to the Negroes.”  During a 1739 outbreak of smallpox Europeans told the Cherokees the outbreak was brought by African slaves to create tension between them. (Of course, the disease was introduced to the Americas by Europeans.)

American policy regarding blacks and Indians was to keep them “separated and mutually hostile.” Individual colonies encouraged this policy. Virginia offered Indians who caught escaped slaves 35 deerskins as a reward. North Carolina rewarded Indians with three blankets and a musket. 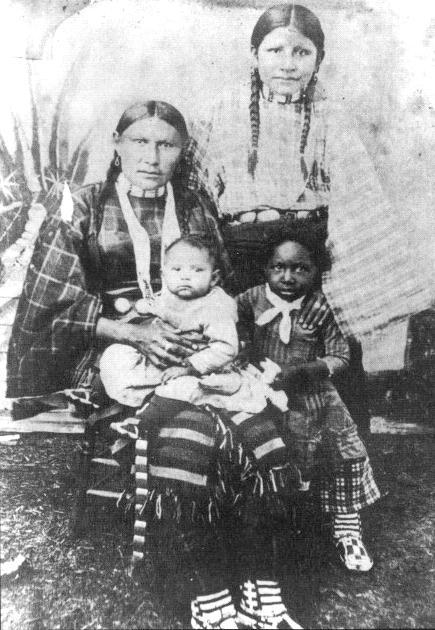 The Natchez Uprising in 1729 was an Indian land dispute and slave revolt. The Natchez were upset with the French settler’s insistence on using a sacred burial ground as a farm. They plotted with black slaves, the Choctaw, Tunica, Yazoo and other Indian tribes to simultaneously attack French settlements throughout the Mississippi Valley. The Indians promised the slaves who participated that slavery would be abolished in the Mississippi Valley.

Each tribe kept bundles of sticks in their lodges to count the days until the attack. A Natchez princess, who had a son with a Frenchman, got wind of the attack and warned the French. They ignored her. She slipped into the Natchez lodge and took out a few sticks from the bundle to sabotage the timing, so the many tribes would not attack in concert as planned. The Natchez and slaves attacked prematurely but still took over Ft. Rosalie in present day Mississippi, killing 250 French settlers. 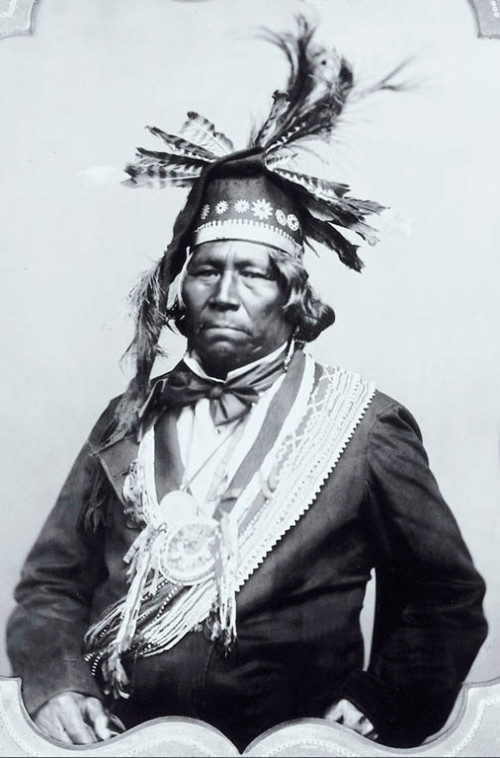 The French authority Etienne Perier realized that the Indians and slaves had planned this attack in advance and became extremely fearful of this new alliance. To drive a wedge between the Indians and slaves, and to prevent any future alliances, he ordered a group of slaves to murder a peaceful tribe called the Chaouachas. His plan worked. Indians in the area started referring to black slaves as “black white men” It took a year for the French to defeat and capture most of the remaining Natchez, due in large part to how well the slaves who allied with the Natchez fought.

In 1776 the new U.S. government outlawed the enslavement of Indians. The government treaty negotiated with Indians included clauses that Indians should return escaped slaves.  The Indians returned none.

Andrew Jackson was one of the many people who actively sought to break the alliance between Native Americans and black slaves. Jackson had seen first-hand how successful the cooperation could be between these two groups. Choctaw and free people of color had successfully helped him defeat the British in the Battle of New Orleans in 1815. He distrusted the French-speaking free blacks known as Creoles and hated the Indians. As president he ordered the forced relocation of the Five Civilized Tribes (civilized tribes included: Cherokee, Chickasaw, Choctaw, Seminole and Creek /Muscogee) to lands west of the Mississippi. 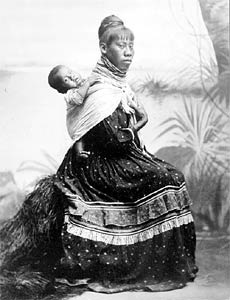 It is no coincidence that Jackson began this relocation with the Choctaw in 1830. French Creoles and Choctaw Indians had a history of interdependency and cooperation that had endured for 100 years. A Choctaw chief was the first to call this forced relocation “a trail of tears and death,” possibly referring to the Choctaw tradition of ritual crying at the death of friends and relatives.

After the 1830s black slave revolts continued unabated and intensified even through the Civil War. Because of President Jackson’s genocidal Indian policies, after 1830 black Americans could not count on large numbers of Native Americans in the fight against slavery. There was one exception: the Seminoles and the Black Seminoles. .

The Seminoles were a loose confederation of the Creek, Miccosukee, other tribes and a large number of runaway slaves and their descendants. In 1740s the Spanish destabilized British colonial slavery in the area surrounding Florida by promising runaway-slaves freedom and land if they reached Spanish-controlled Florida. Many slaves escaped from Georgia and Alabama to freedom in Florida, where they joined this loose confederation of Indians. 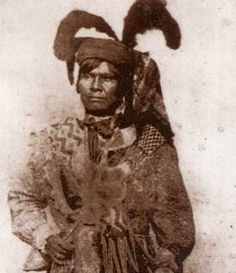 The First Seminole War erupted in 1817, when the U.S Army attempted to take the Miccosukee chief Neamaltha into custody.  The Seminoles and Miccosukee had been conducting reprisals along the Georgia/Florida border in reaction to Georgia colonists stealing Native American livestock. Ironically, Andrew Jackson relied on a force of 2,000 Creek warriors to invade Northern Florida and take over the two largest Spanish settlements. The outcome of the invasion was the ceding of Florida to the Americans in 1819 and the Seminoles leaving Northern Florida. 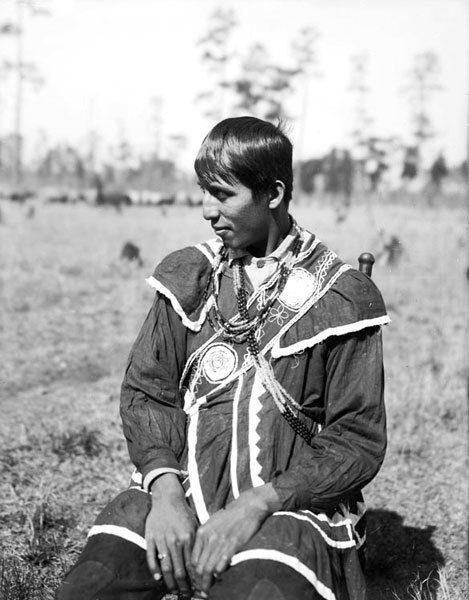 The Second Seminole War was the only successful emancipation of black rebels prior to the Civil War. Today Seminoles continue to inhabit their ancestral land in Florida. The Seminole Wars are rarely talked about because Southerners and the U.S. Army would never admit to being defeated by a group of black rebels and Indians.

Black slaves and Native Americans shared common ground from the moment that the first black slaves set foot in the U.S. Their combined resistance to slavery was seen as such a powerful threat to the status quo that slaveholders used every method available to them from legislation,  to wholesale murder, to forced relocation of Native Americans to break this powerful alliance.  In the end black and Native American alliances were important in ending the evil institution of slavery. It is important to look at the history of Indian and black slave relationships in the context of current day. By censuring this amazing history we forget common ground that can be a powerful force for change.

* Nick Douglas is the author of Finding Octave: The Untold Story of Two Creole Families and Slavery in Louisiana. He has a contact blog www.findingoctave.com/contact.html for readers who may want to contact him.

To learn more about the Indian princess who changed the arc of history for both the Indians and slavery in the Louisiana Territory see: Finding Octave: The story of Two Creole Families and Slavery in Louisiana