FEATURE: “We founded the first 3D animation school in the Caribbean” 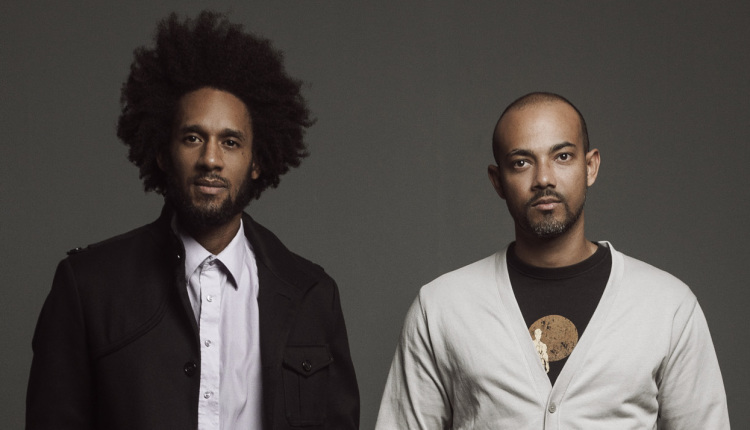 Hello, everyone! We are Saïdou Bernabé and Yoane Pavadé, founders of Parallel 14, the first Caribbean school where you can academically study innovative fields such as 3D animation cinema, visual effects and video games. We are from Martinique and back on the island after having spent fifteen years working abroad as 3D graphic designers for some of the largest international studios, involved in film projects which are known worldwide. 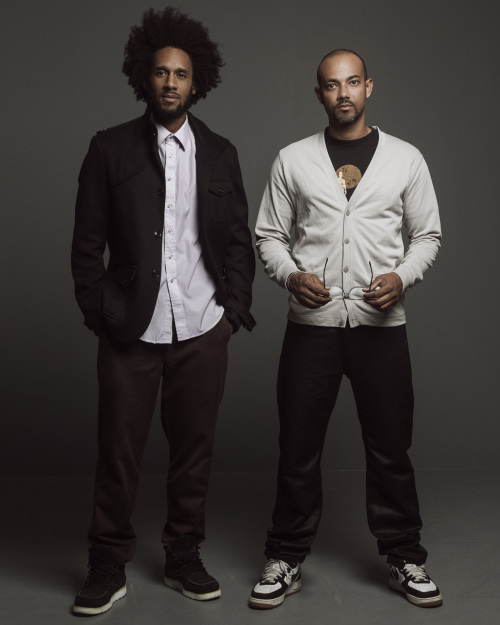 Yoane: Back in high school, a time when we were not yet acquainted, we were both already interested in 3D but the available study programs for this field were scarcely known of. It was not until years later, we had been through Art school and bonded there, that we were able to get into ESRA (Filmmaking school in Paris) a few years apart from each other. That’s where we learned 3D animation. We both graduated from school and entered the job market with only our student films under our belts, despite of a difficult economy back then.

Saïdou: Indeed, I started looking for work in 2001, year of the September 11th attacks. Things were not going so well with the international job market in those times of crisis. My first work experiences as a 3D generalist were built around short films, tv series pilots, music videos also advertising or architectural institutional films. I also had a lovely experience working in the  TV graphics field before getting the first of many opportunities that would lead me to animated film and international productions. It was a Disney production, Twice Upon Christmas  which was filmed in France and meant to be released only as a DVD. Characters which had been around during all my childhood years could be seen in it such as Huey, Dewey, Louie, Donald Duck, and so on. It is most certainly in the wake of that project that my first feature film opportunity presented itself to me and it was nothing less than the most expensive French film at the time, Asterix at the Olympic Games.

Yoane: On my end, I was lucky enough to start a career by joining BUF company, one of the biggest French and international Paris-based visual effects studio. A company known for visual effects in films like Fight Club, The city of lost children or the Matrix. My first assignment was working on a short film: Even pigeons go to Heaven which was nominated for best short films at the 2006 Academy Awards. And then projects kept coming. A Peugeot 407 commercial, Luc Besson’s Arthur and the Minimoys , City of Embers and even Batman, the Dark Knight. It was then that I really knew I loved the Visual Effects  field (VFX) and that I started looking into getting specialist skills as a 3D animator.

Saïdou: Once you have set foot in the feature film industry, hopefully when things go smoothly, projects keep coming at you and then you start getting high expectations. This is how I got to work on Underworld, Rise of the Lycans and then Lucky Luke and also Jean-Pierre Jeunet’s Micmacs before getting my hands on the golden opportunity to join the Universal Studio team in Paris as a 3D lighter for the animated blockbuster Despicable Me. (Illumination Mac Guff subsidiary). I believe it was around that time that Yoane, a few friends and myself chose to cross the Channel, seeking adventure in London, biggest platform for international animated film productions and visual effects. MPC, Framestore, Double Negative, Cinesite are among the biggest names. They were handling post-production for films such as Harry Potter, Narnia and Clash of the Titans.

Yoane: I remember we had been knocking on doors of post-production studios with our resumes and demo in our hands. Time following which some of us got job interviews. The others had to wait a while before reaping the fruits of their efforts. As for me, I got my first job with Double Negative as a character animator on Sorcerer’s Apprentice. London is also a place swarming with businesses specialising in advertising. Later on I have been approached by The Mill studio which was hiring a Senior animator for their upcoming ad campaign for Orangina. Then I was contacted by Passion Pictures and got to work on video game cinematic. However, it is when Double Negative invited me to join the teams working on the then biggest project of Disney-Pixar productions, John Carter, that things started getting real serious. That’s when I was reunited with Saïdou and a few other countrymen with whom I enjoyed speaking creole while at work. This was the highest point in a succession of years filled with passion that we spent in the English Capital. While immersed in Anglo-Saxon culture we were always pushing back our own boundaries.

Saïdou: Still, I also remember we were beginning to feel homesick and a growing need to share our knowledge and skills. However, after leaving London, and even after a short-lived Irish experience, new opportunity came by, pushing the awaited return home further down the list of priorities. I moved to New-Zealand for a year after working for Double Negative. I joined the prestigious studio of Peter Jackson, Weta Digital to which we owe The Lord of the Rings, King Kong, and Avatar. I have joined the studio as Senior Lighting Technical Director for the VFX team working on The Hobbit, An Unexpected Journey. It was a dream come true for me who, as a student in Paris, had been keeping a Gollum poster on my flat’s wall for years. It was in fact a wonderful year for me, as much in terms of exceptional encounters as in terms of  living environment : New-Zealand offering delightful landscapes that to me have an epic quality. 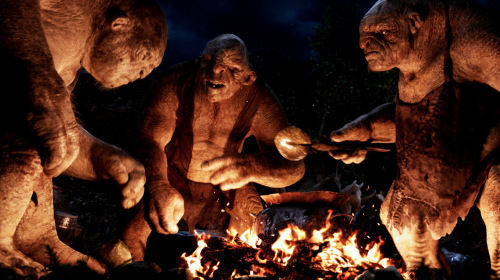 Yoane: As for me, I had been contacted by some prestigious schools of animation in Paris like Supinfocom, Les Gobelins or ESRA to give lectures for an animation Master class and to supervise student projects.These job experiences revived my wish to go back home and launch that teaching structure dedicated to teaching 3D skills that we had been talking about several times Saïdou and I. The timing was right as Saïdou, then on the other side of the world, was also starting to feel the need to come home to a new adventure. Thus, what was previously just another conversation topic during our Paris years, had turned into an idea in London and was now becoming a full grown project, for real. We wished to share the skills and knowledge gathered over the years, within the Caribbean space . Therefore we chose to create a superior school of 3D. This is how, a few months later, Parallel 14 was born. It is the business we have created with a third partner, Gerard Sooprayen. 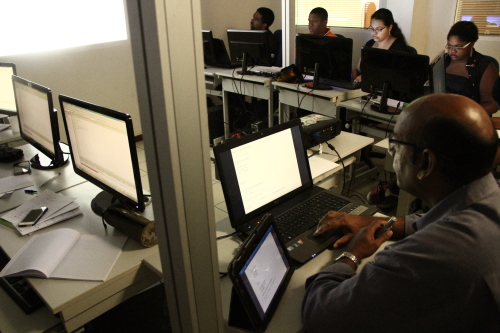 Saïdou: Today, Parallel 14 exists, teaching a first batch of students. The second year is already on its way with the 2015 entry exams happening. The venture has attracted a lot of public attention and we have the support of the Chamber of Commerce and Industry of Martinique as well as the Martinique Region and Europe. And we wish to put an emphasis on the international dimension of the school which is open to all and is waiting for new talents from all the Caribbean including French Guyana, the Americas or Europe. Our goal is to train highly skilled technicians to cater to the growing needs of international studios. If it could also help the budding Afro-Caribbean animated 3D or visual effects cinema to bloom, we would be happy. When it comes to the video game industry, there is a market, the economic weight of which is not to be argued so nothing should get in the way of it, setting roots in these regions. That is also the reason why our training is given by active professionals with a high level of qualification. Thus, our students receive the theory and skills necessary for them to match the expectations of recruiting studios and of the market. 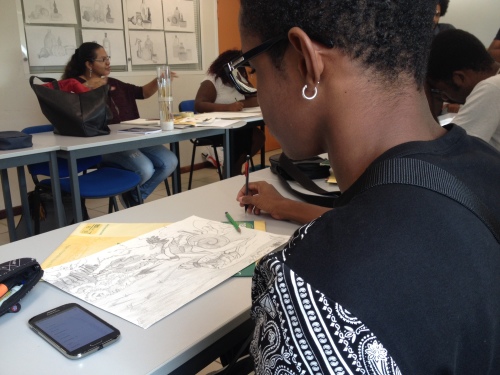 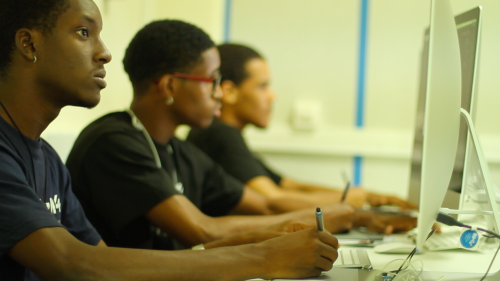 Yoane: In this adventure, we are also journeying with a network of 3D graphic artists who work with famous international studios. That is the case with Yannick Honoré, animation supervisor for Ilion Studio in Madrid, Olivier Martiny, Senior Key Lighter at Quantic Dream in Paris, Alexis Péraste, Senior Compositor at  Method Studio in Vancouver or Christophe Duflaut, Senior Digital Compositor at  Mikros images in Paris, and many more. We are also blessed to have Nicolas Prothais, an animator at Disney Studio, as a sponsor for our school. Some important people support us like Euzhan Palcy, director from Martinique who directed Simeon, first French movie to use VFX, a wonderful symbol! In the end, we managed to keep faith in our dreams although nothing had destined us to make such a career for ourselves, coming from a small Caribbean island. Today, we realize that working experience on all these feature films has enabled us  to cross path with great talents from all over the world and to discover many cultures. Parallel 14, it’s an opportunity  for young people from the whole wide world to come and train to work in the 3D field in the Caribbean with professionals from big studios and to make their own dreams come true. 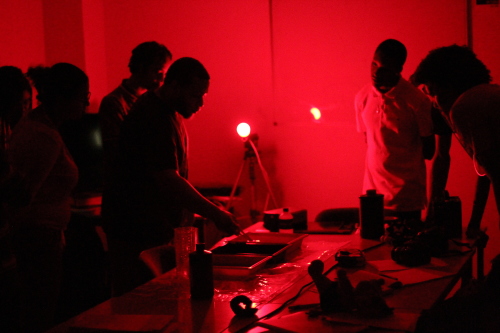 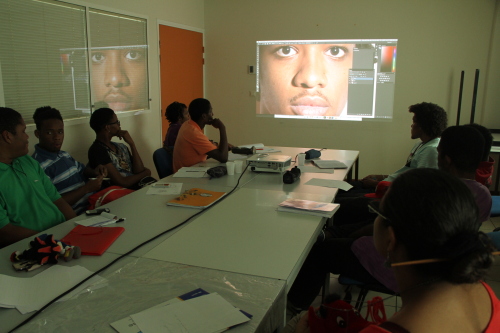 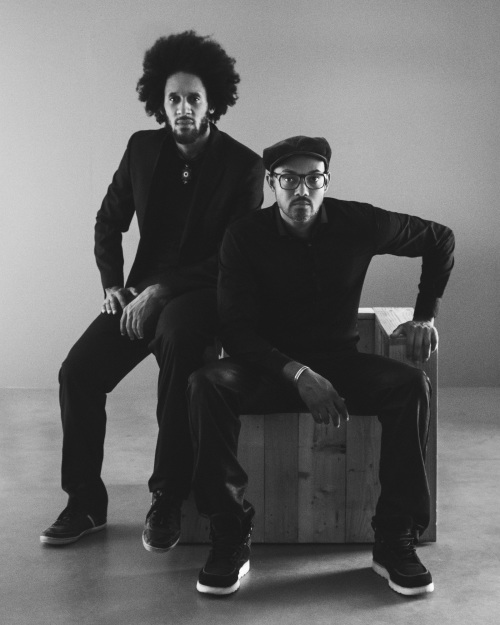