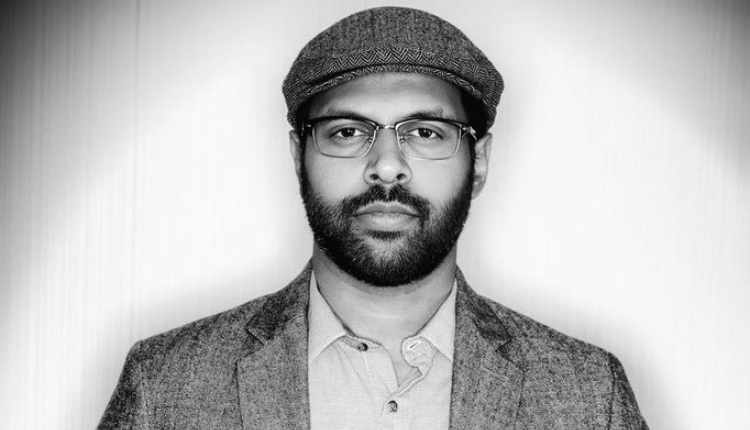 “What ever happened to rhythm and reason?” Bhi Bhiman sings on “The Color Pink.” Given the vintage R&B nods and deep socio-political commentary throughout the record, it comes off as asking what ever happened to the socially conscious rhythm and blues of Marvin Gaye, Mavis Staples, and Curtis Mayfield? In the grand tradition of being the change you want to see in the world, Bhi Bhiman seems ready to step into that role on his latest record. Rhythm and Reason finds the meeting point between the intensely personal and the political in music rooted in solid unimpeachable songwriting.

Bhiman wastes no time setting up his personal-is-political-and-vice-versa approach. “Moving to Brussels” is a breakup letter to the government, inspired by the large numbers of African immigrants he encountered on his last European tour. The song is structured as a dear john letter to oppressive governments and dictators. “I bought a one way ticket / You’re not invited” he sings over an infectious uptempo retro accompaniment. “There Goes The Neighborhood” finds Bhiman directly addressing a political establishment that blames the poor for their own poverty. “Let’s just push out all the bums / From our ghettos and our slums / Send them back to where they’re from / Walking papers” he sings with an ironic sneer. Bhiman’s political messaging is past angry, it’s tired. Making weariness compelling is hard work, but throughout Rhythm and Reason is committed to the task.

The balance comes in the form of tracks like the pun-laden “Bread and Butter.” Bhiman may be exhausted by being angry all the time, but that doesn’t mean he doesn’t have time to goof off a bit. Those moments where he shows his sense of humor are a necessary reprieve from the pain of it all. Speaking of pain, there’s “Up In Arms.” The track is a masterful recap of 100 years of social activism, the highs and lows, and how little has changed. It’s a beautifully composed folk song featuring string arrangements by Josh Ritter’s producer Sam Kassirer. But where Ritter tends to use political imagery to make personal points, Bhiman does the opposite with the same stunning beauty and heartfelt richness. The political is endlessly personal, and without giving too much away, the song’s ending drives the point home with senseless purposefulness. 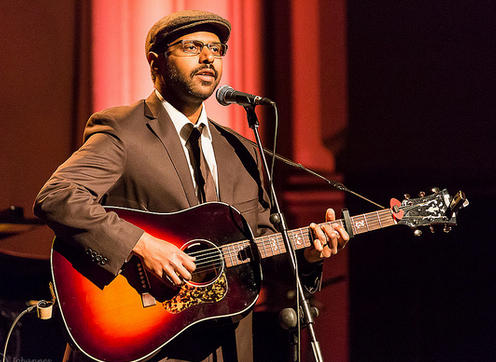 The segue into “Death Song” is perfect. The one two punch of the beautiful sadness and the anger says everything Bhiman needs to say. If he released the two songs as a 7” it would serve as a succinct description of America in 2015. Wasn’t this the guy who was making condiment-based puns 10 minutes ago? Yes. There are worlds within worlds within Bhi Bhiman. The infectious British Invasiony “The Color Pink” exists almost as a chaser to “Death Song.” It nods without irony or air-quotes to the prefab pop of The Monkees. Likewise the sickly sweet pop of “Waterboarded (In Love)” takes a horrific concept and forces it into your ears by way of the hookiest hook Bhi Bhiman has to offer. Personal is political.

The record closes out with the immaculately arranged “The Fool” and the gospel-tinged “Closer To Thee.” Though Bhi Bhiman cut his chops as a folk singer, the transition to a soul singer fits him well. His songs are strong and would work in any genre, but he seems to have found the perfect outlet for his social criticism. So “what ever happened to rhythm and reason?” It’s right here. It may have been quiet for a while, but the recent run of smart, soulful, and brilliantly composed records shows it’s far from gone.

Bhi Bhiman’s Rhyme and Reason comes out May 19th.