By: Cara Donaldson for AFROPUNK

Actress Jada Pinkett Smith has become a household name with her amazing performances in movies like Set It Off and The Matrix Reloaded, and television series Hawthorne. But what most don’t know is that since 2002, she has been playing a different kid of role.

In addition to being married to the king of the summer blockbusters, Will Smith and mother to “Whip My Hair” Willow and Karate Kid Jaden, Jada has been fronting the nu metal band Wicked Wisdom.

Since the early 2000s, the L.A. based band has played significant festivals such as Ozzfest and toured with acts like Britney Spears. Initially skeptical, metal fans all over the world have been made into believers by the raucous yet genuine performances by Pinkett Smith and her crew. Their tracks are absolute head bangers with amazing instrumentation. And not to diminish her acting career, but Pinkett Smith delivers her vocals like a natural; she was meant to do this. 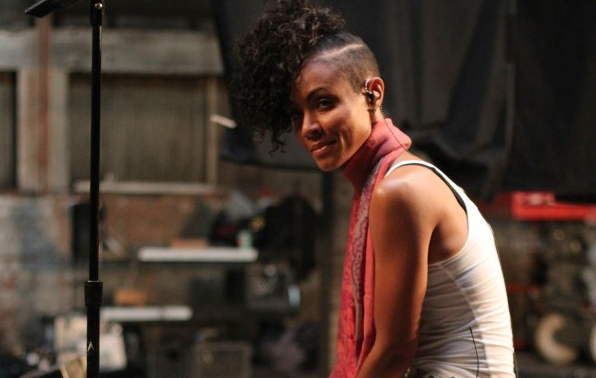 Wicked Wisdom can very well be compared to contemporaries Mudvayne or It Dies Today. But according to Pinkett Smith, she wants to be in a league all her own.

“I listened to all kinds of metal as a kid. Metallica, Guns N’ Roses. I would always look at Axl Rose and say, ‘Why aren’t there any chicks out there doing this now?’ I always wanted an opportunity to get out there and rock out,” Pinkett Smith said in an interview with Mtv.

With two albums under their belt, the band is due for a third any minute. And now you can check them out live when Wicked Wisdom plays the 2013 AfroPunk Festival, happening August 24-25 at Commodore Barry Park in Brooklyn.

Admission is free but RSVP is required. Visit afropunkfest.com for more information and to tell us you’re going today!