Fierce and that: Ponderings on the work of Ajamu X. An original Afro Punk.

“If there was a Nobel Prize for queer photographers in the World. Ajamu will be one of the recipients. He is a living legend that deserves to be celebrated. We thank him for all the contributions he has made in the Art world but most importantly for redefining our ‘queer lives’ using photography as a medium of art-I-curation…giyabonga”

Ajamu X is a photographer, an artist, a wise man, an activist and an original Afro Punk. He is FIERCE.

When I met Ajamu X years ago, one of the first things that struck me is just how much time and effort he had dedicated to the documentation and celebration of the Black British LGBTQI community.

I had rocked up to his house as a volunteer to help categorise the “rukus Black LGBTQI Archive” (The award wining archive, launched in 2005, generates, collects, preserves and makes available to the public historical, cultural and artistic materials relating to our lived experience in the UK.). He had ensured that we each had a box that was specific to our current pursuits and interest, so there I sat with a FULL box of images that proved I was not the only Black lesbian dancer to exist! It was surprising to feel this sense of belonging to a whole history of women just like me. Women, who love women, black women who loved, and needed to dance. That little box fed me, for years, and I cannot explain to you the bliss I felt as I pawed over each image. 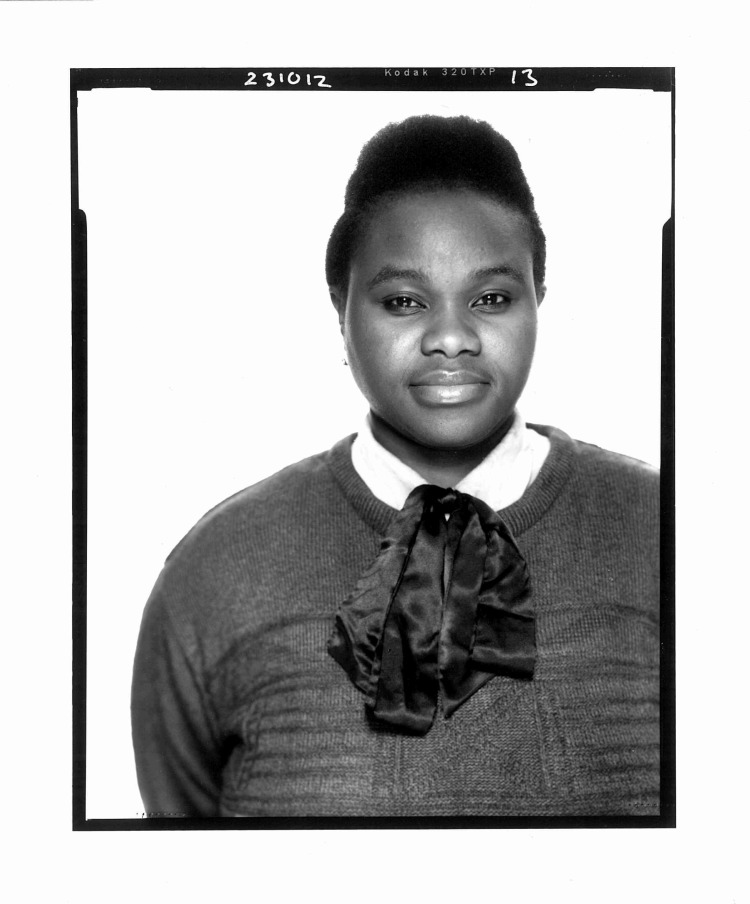 At that point, I thought Mr X had given me all I would ever need. Especially since I was the one who was volunteering. I was wrong and have learnt, never underestimate a man with a mission.

His most recent body of work, “Fierce” in his own words is ‘ is about negotiating and navigating spaces…it is a question of – taking up space – to show ourselves – in community NOW – and say to those around us – “here is who we are; here is what we did”

Fierce is a collection of 24 portraits, of what Ajamu X describes as a ‘…new generation of Black and proudly out young, emerging and established talent from within of the Black LGBTQ community,” On February 1st 2013, the first day of LGBTQI history month, a month that has been for years has been devoid of the Black Queer experience, “Fierce opened at the Guildhall.

Ajamu X managed to pack the Guildhall, in ALL its regality and imposition, in the middle of the banking district in London with over 450, (mostly black Queers); the only time I have seen numbers that could rival that is UK Black Pride.

The energy in the building was palpable, tangible almost edible. I felt an invigorating buzz as I stood and watched people sip on ‘Fierce’ cocktails and take in their portraits on the wall. It was the buzz of my community collectively
taking up a space. Looking on I realised that this exhibition was another of Ajamu’s little boxes

Everyone could see that we are writers, poets, artist, barristers, dancers, activist, filmmakers, academics and much, much more. As we collectively celebrated we all filled our little box through our eyes, cuddles of reunion, laughter filled with pride and collective achievement, all taking what we needed to be sure to live, fight, breathe, enjoy and feel another day. So when they feel they are the only one, they can just open it up.

As a community of Afro Punks, we make space; we take the bull by the horns and ran down walls, boldly walking into spaces that refuse to let us in. Queer or not this exhibition is a lesson to all Afro Punks; take your space, own your space, work it and be fierce, because you do not know when someone may be consuming your image and putting it in their little box. 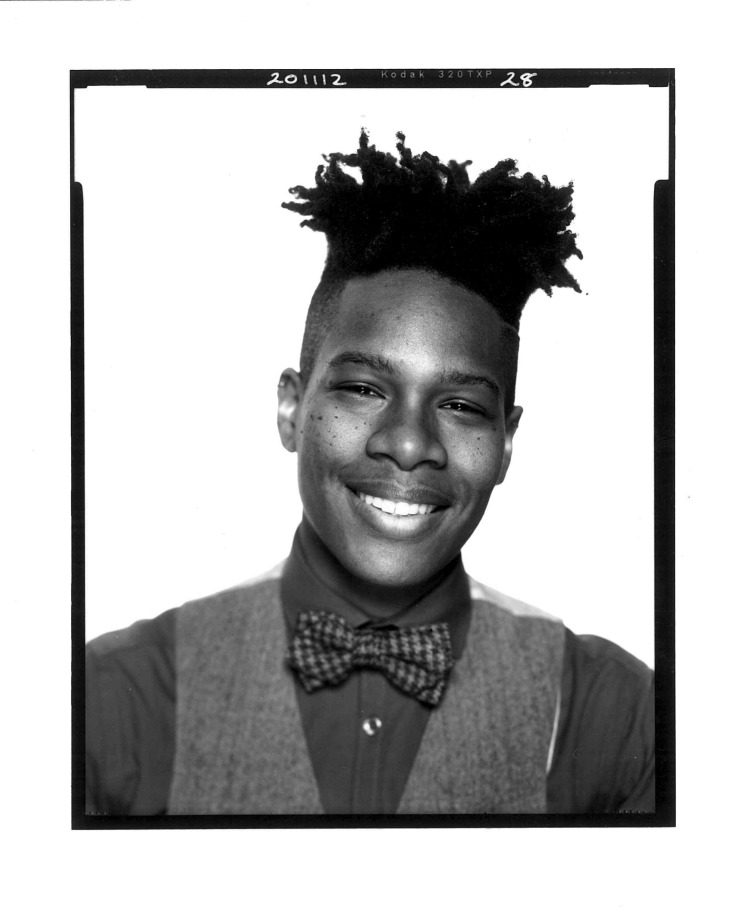 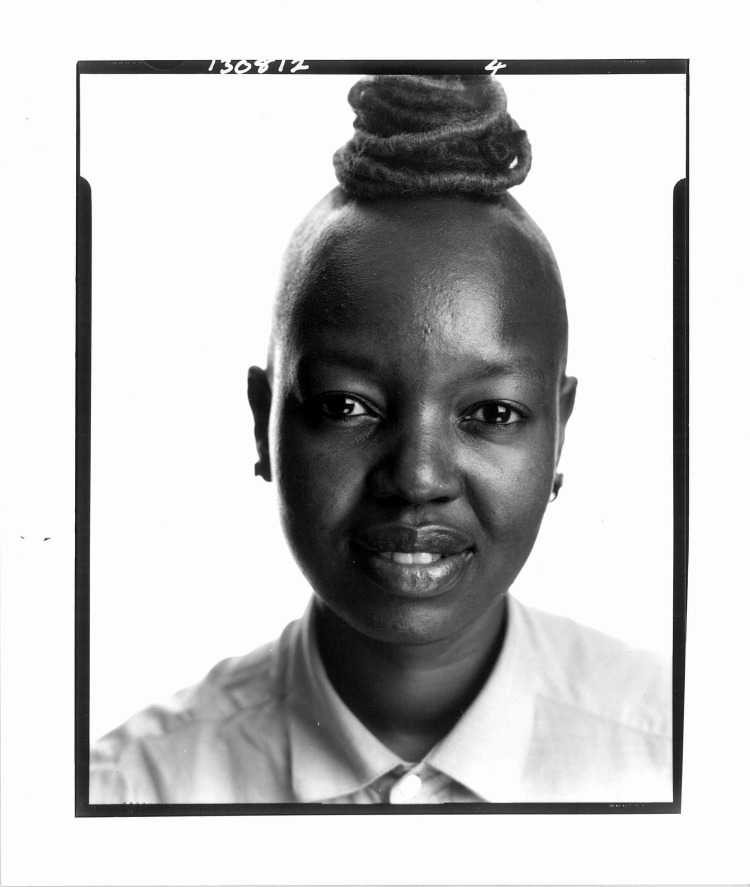 Many of us will be feeling the blues as the last two months of fun wind up to a close. The Lesbian Gay Film Festival at the BFI has certainly felt like Queer Christmas, but sadly is over, LGBTQI History Month has long gone, and Fierce is one for only a few more weeks. Alas!

Firstly my honey, fear not, for I imagine your little box is full of delectable inspirational goodies should you lift the lid and take a peak. Secondly, the only thing more striking that what was felt at the Fierce opening that night is the inspiration in engendered. All around, people are organising; they’re working hard, keeping it moving, taking up space, after being recharged and invigorated. So in the mean time, between time (as my mum would say) watch this space 😉 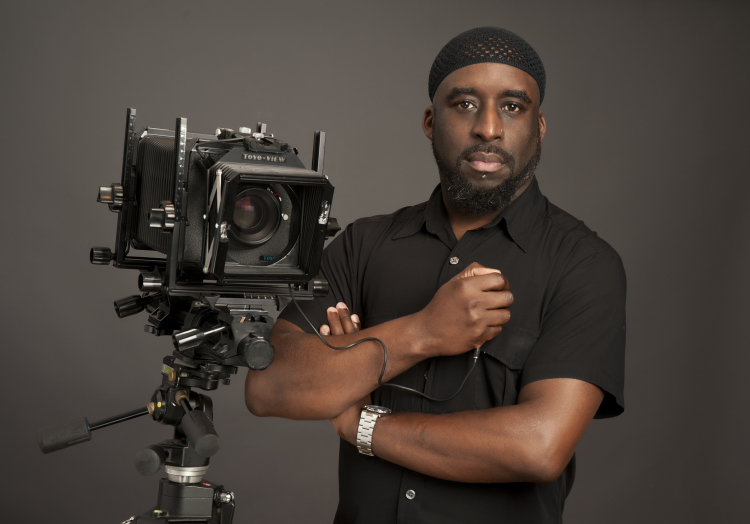 FIERCE runs Friday 1 February 2013 to Sunday 14 April 2013 at Guildhall Art Gallery and Roman Amphitheatre, Guildhall Yard, EC2. Admission Sat – Thurs £5 (£3 concessions) and is free-of-charge on Fridays; and to under-
16s, Art Fund members, FoGAG (Friends of Guildhall Art Gallery) members and City of London residents with proof of address. For more information, visit www.guildhallartgallery.cityoflondon.gov.uk / like us on Facebook
www.facebook.com/GuildhallArtGallery / follow us on Twitter https://twitter.com/
@guildhallart http://ajamu-fineartphotography.co.uk/

Zinzi Minott is a dancer, an artist, and an activist. Working towards the greater politicisation of people through movement and the political value of dance. She is a carver of space both physically and organisationally. She founded “Rainbow Arts,” an LGBTQI Arts collective; co- founded “Akilah LIVE,” a cross arts platform and currently writes for “ELIXHER” as their only British correspondent. At present, she is working on “24 Reps: dancing at the intersection” (working title), a durational solo piece looking at the repetition of oppression, its intersections and exhaustion as a consequence. Look out for blog soon! You can follow her on Twitter @rainbow__arts.