Punk Rock and Reggae: A Love Story in 2 Acts

35 years since the dawn of punk, and we take it for granted that reggae and punk are best mates. Nobody really questions why bands who are known primarily for short, fast shoutalongs—and wouldn’t be caught dead near an acoustic guitar—will once or twice in an album break into their best fake Jamaican accent, let their bass player loose, and just slow things way way down. What on paper seem like two genres that couldn’t be less alike both have their roots as the music of youth rebellion and social action. And both were introduced to each other (at the risk of oversimplifying convergent phenomena) by legendary DJ, filmmaker, and onetime lead singer of the tragically overlooked Basement 5, Don Letts.

By the end of 1976, as punk rock was exploding (imploding?) across England, The Roxy was becoming the focal point of the movement. London’s answer to CBGB’s, The Roxy was the first UK venue to cater exclusively to punk. From their opening in December 1976 to their closing in April 1978, Don Letts served as the house DJ. Feeling the thematic and ideological (if not at all musical) connections between punk and reggae, Don Letts would spin reggae singles between bands sets. The reggae discs served as a counterpoint and a reprieve from the chaos and aggression of the ’77 punk.
For many of the mostly white, working class punks, this served as their first real exposure to reggae. While some purists rejected it (because let’s be honest, there’s no-one more cantankerous than the punk rock purist), many punk luminaries became fans. Joe Strummer of The Clash, Ari Up of the Slits, and Johnny Rotten all became obsessive fans, integrating reggae songs into their sets and peppering their sound with reggae influences.

On the other side, Don Letts also introduced Bob Marley, who was staying in London in ’77, to punk rock. Letts was dealing weed at the time and came by Marley’s flat to make a delivery dressed in his punk finery. Marley had only really heard about punk from the news, which loves to cover things it doesn’t understand with derision and scorn. (see also: the Occupy movement… (it’s very important that I get in one comment like that every week or else I have to give back my tent.)) Letts set him straight, and during his stay in London, Marley became inspired by the passion and rebellion of the punks. He wrote “Punky Reggae Party” in response.

By 1978 the Roxy was finished. But the marriage between punk rock and reggae was firmly cemented in the community consciousness. The London reggae and the London punk scene were more closely aligned than ever. It had become normal to have reggae bands open punk shows (fill in your own racial commentary about the show order though…), and The Clash’s landmark London Calling was full of reggae riffs and inspiration. But it would take the appearance of a fresh punk band called Basement 5 for the two genres to actually merge into something new.

After the break-up of the Sex Pistols, a confused and defeated Johnny Rotten (we’ll call him John Lydon from now on) retreated to Jamaica and asked Don Letts to join him as his guide. Letts had never been to Jamaica, but you know, Lydon didn’t really have other black friends, and his casual racism is pretty well documented at this point. So there you go. In Jamaica, the two bonded, and their immersion in Jamaican culture ended up forming the inspiration for post-punk. Back in England, Lydon started Public Image, Ltd, while Letts joined Basement 5 as their new lead singer. While PiL borrowed more from dub than reggae, Basement 5 combined a sharp punk vocal delivery with lo-fi, aggressive guitar, but with dominant bass lines and half-time effected drums.
After a year of steady gigging, Letts left Basement 5. The band replaced Letts with basically the only other person who had done as much to unite punk and reggae; photographer Dennis Morris. By the time he joined the band in 1979, Morris’ place in rock history was already secure as the photographer of some of the most iconic pictures of Bob Marley, and the Sex Pistols. But as lead singer—and now main creative engine—of Basement 5, Morris helped create one of the most unique and oddly uncelebrated documents of the punk-reggae alliance, the band’s lone LP 1965-1980.
1965-1980 is the rare genre mash-up where one genre doesn’t assert dominance. The songs sound equally informed by both punk and reggae; which despite HR’s best efforts to run the single most bipolar band in history has almost never been recreated. Stand-out tracks include “Riot” “Last White Christmas” and “Immigration.” The songs took the alienation and impotent rage of punk and applied them to the black and immigrant experience in the UK.

Letts and bassist Leo Williams would eventually reunite behind The Clash’s Mick Jones to form Big Audio Dynamite. Although their most famous band was rightly hailed for it’s combinations of punk, reggae, and dub, BAD never hit the same perfect blend as Basement 5 did. These days in the post Third Wave Ska world (Reel Big Fish: Never forget. Never forgive.) punk and reggae are assumed to go together. The chocolate and peanut butter of the music world. But in the late 70’s, the decision to combine them at all—to attempt to create musical solidarity between Britain’s working class whites and the new Caribbean immigrant population—was a revolution in itself. 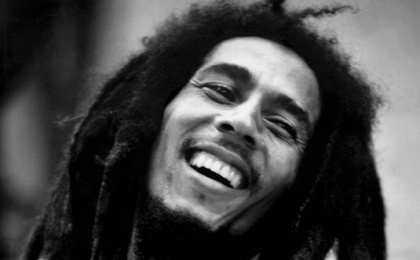