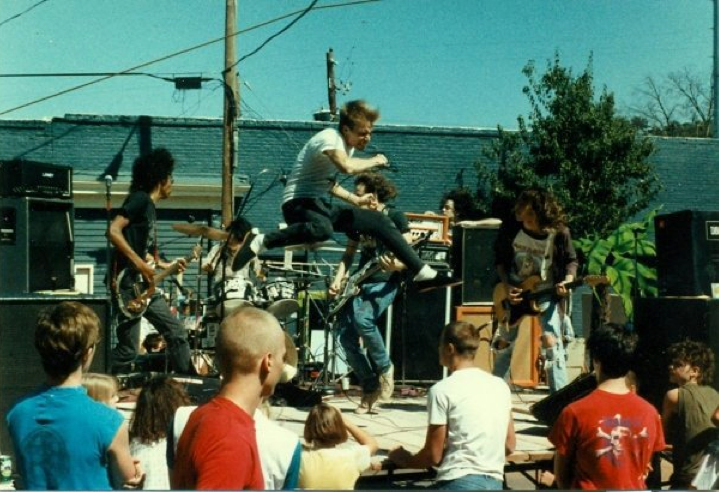 David Carr: What was the impetus for you to help make this documentary? How did you get involved?
William DuVall: I was first approached in 2005 by Edgar Johnson (director) about making a Neon Christ documentary. However, while I always thought our story was interesting, I really questioned who else would care. It was a long time ago. Nostalgia is boring to me. Why would I want to foist that onto anyone else? “Back in my day…” Whatever, fuck off! I want to know what kids are doing NOW. But when Neon Christ reunited for one show in February 2008 and all these 15 and 16 year old kids were singing our songs back to us, it was very moving, and not just because it was a pleasantly surprising ego rush. It was more about what those kids and that club represented. The show took place at the Treehouse, a DIY all-ages storefront club in the Atlanta suburb of Lawrenceville. The energy and enthusiasm of the entire scene there was electrifying. Those kids were taking what we started, the real outsider/all-ages/DIY/basement punk culture and making it their own. That’s when I knew we had our movie: Take two generations of outsider kids, nearly 30 years apart, and tell both their stories concurrently – what’s different, what remains the same, why it all still matters.

How did you get into punk rock/hardcore? What drew you into the music?

By the time I was 11 or 12, in 1979-80, I had already been playing guitar for several years and I was already a huge fan of Hendrix, Funkadelic, The MC5, The Stooges “Raw Power” album, James Blood Ulmer, Ornette Coleman, The Velvet Underground, Lou Reed with Robert Quine, etc. But I was also hearing a more extreme noise in my head. Somewhere I saw a picture of Black Flag with Dez singing. Without even hearing a note of the music, it looked to me like they were making the sound I was hearing. So when Penelope Spheeris’s film “The Decline of Western Civilization” came to the DuPont Circle Theater in D.C. in early ’81, I begged my grandfather to take me to see it. The second Black Flag hit the screen that was it. The sound of Greg Ginn’s guitar, the way he attacked it, Chuck Dukowski breaking himself into pieces on his bass, Ron Reyes (Dez’s predecessor on vocals) hurling himself into the crowd, the band and the audience all lurching and colliding as one, it was all so extreme. There was NOTHING else like that at the time. It spoke to me. I was 13 years old, the perfect age. I said, “I want to do THAT.” 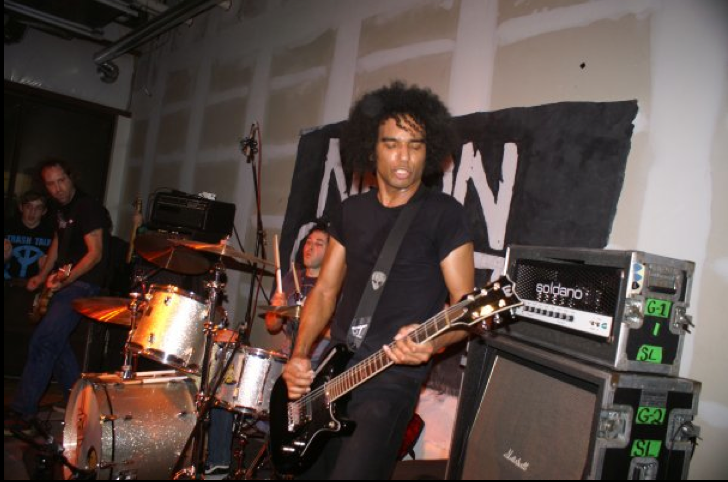 I had no idea there was a hardcore scene in Atlanta. What was the scene like at the time? Was it inclusive? Was race ever an issue in the scene?

In the beginning, it was extremely small and really diverse. Punk scenes almost always start out with the outcasts and the intellectuals. Ours was no different. When I moved to Atlanta in 1982, the underground scene was mostly quirky “new wave” pop bands who were trying to make it big in the wake of the B-52s and REM, who were out of Athens, GA (an hour and a half away). The first “hardcore” bands in Atlanta were DDT and AVOC (Awareness Void Of Chaos), both circa ’82. DDT were four cool, outsider white guys from the northern suburb of Sandy Springs. AVOC was an all-black trio that I formed with the only 2 guys who would talk to me at Southwest Dekalb High School in Decatur. We played both thrash punk and reggae. So hardcore in Atlanta, like almost everything else, has blackness at its very roots. There was also Daniel Minter, the great painter who helped start Ratlanta (ATL’s first real hardcore fanzine) and later did artwork for Neon Christ, Mohawk Tony, who lived and worked at the Metroplex, and many others. Years before he was a supermodel, Ru Paul was a big Neon Christ fan. HR of the Bad Brains lived in Atlanta for several years in the eighties. His brother Earl (Bad Brains drummer) still lives there. Black people always represented in the rebel rock culture here.

You have to understand, at that time, the KKK could still march through the streets of downtown Atlanta with relative impunity. They were still hanging black people in Stone Mountain. So the Atlanta punk scene went to tremendous lengths to deliberately set itself in direct opposition to all that. Later, by 1985, when the scene began growing larger around Neon Christ, and we were organizing and participating in big anti-war demonstrations like No Business As Usual, then the police and other authorities began paying attention and the Nazi skinheads arrived and started causing trouble. In that context, race became an issue. For every action, there’s a reaction; Exciting times, to say the least.

Everyone who I have ever interviewed in the punk scene always has a story about how the genre and the scene changed their life. How did hardcore change your life?
There are too many stories. Basically, hardcore taught me about self-reliance. It also woke me up to the wider world and how I might make a difference in it.

What is the punk rock scene like now in Atlanta? Does it exist?
Absolutely. As I said earlier, that’s exactly why we’re making this movie. There are a lot of really cool, intelligent, thoughtful outsider kids in Atlanta waking up to the world through hardcore, finding meaning, community, and discovering profound lifelong personal truths just as we did decades ago.

What are your feelings on the punk scene as a whole now? From Hot Topic to corporate sponsorship at the warped tour to punk on Broadway; what’s your take on punk rock in 2011? Again, does it exist? Is it still edgy and relevant?
I think punk/hardcore is experiencing the growing pains of any rebel culture that stands the test of time. You’re going to have commodification. Big business always steps in eventually. Some of the superficial cultural signifiers, like day-glo hair or moshing, become a little more acceptable by the masses, at least on the surface. That’s inevitable. It happened with fifties rock-and-roll, sixties hippie culture, etc. But the real CORE values of all those cultures STILL represent a potent threat to the status quo and, as long as this world remains the way it is, they always will. 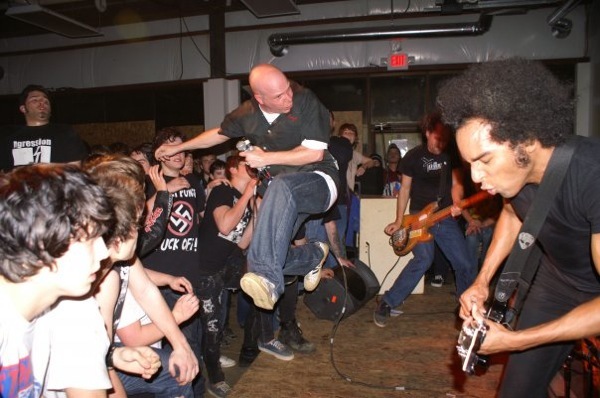 Have you stayed in touch with the members of Neon Christ? Are there plans to do any new music with your old bandmates?

Of course, we’ve stayed in touch. We’re lifelong friends. It’s been great working on this movie together. Besides connecting us with what young people are doing now, it’s also brought us back in touch with other friends we haven’t seen in 25 years or more. It’s been extremely gratifying. And, yes, Neon Christ will be going into the studio to finally document our latter-day ’85-’86 material, which we always felt was our best but which was never properly recorded.

Is it tough to see the mainstream acceptance of punk and hardcore or is this ultimately a good thing?
Again, I just think it’s inevitable. But, ultimately, it’s about What Are You Saying, What Are You Doing? A kid getting a tattoo or a mohawk is one thing. A kid starting an all-ages grassroots club, organizing a food bank, or doing anything that makes this world a better place, even if it directly challenges the power structure of their school or neighborhood, is quite another. THAT’S punk to me.

What’s the timeline for the film? When do you hope to release it?
We’re in the latter stages of production and the first phase of fundraising. We hope for a 2012 release.

Are there plans to release the film nationally? Will folks in LA, New York and DC get a chance to see the history of hardcore in Atlanta?

We certainly hope so!

How can folks help support the making of this documentary?

Go here and contribute whatever you can. And tell your friends.