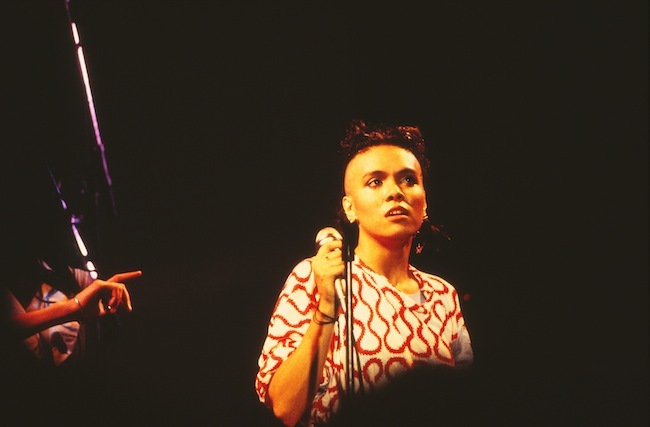 In no time Lwin was installed, like some post-apocalyptic empress, at the helm of Bow Wow Wow, ruling her three male band mates with her battle-ready howl, daring mini skirts and gorgeous face; high cheekbones set off by the most dangerous mohawk punk has ever seen. With a remake of the The Strangeloves’ I Want Candy, the band found mainstream success and steady rotation on MTV.

Their odd patchwork of Burundian guitar, cryptic, nonsense lyrics, new romantic sensibilities of ruffled shirts and songs about Louis XIV, translated perfectly into the boundary-less esthetic that was the 80’s new wave era, and Annabella was down for the adventure. Popular music has scarcely seen a performer who so uniquely embodied her own space since.
Even the spate of controversy that stemmed from her posing nude on the cover of the 1981 album See Jungle, See Jungle… doesn’t smack of the typical exploitation we’ve seen a million times too many, because when the photo shoot was over and it was time to rock, it was Annabella wielding the mic center stage. 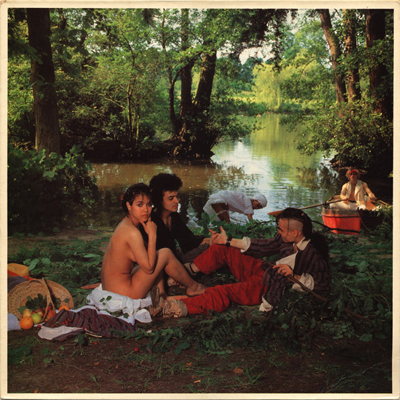 Controversy arose when, for their 1981 album See Jungle!, the then-15-year-old Lwin was posed as the nude woman in a recreation of Manet’s famous painting The Luncheon on the Grass (Le déjeuner sur l’herbe)

No piece of window dressing relegated to singing backup or superfluously walking the stage in a skimpy costume; Annabella Lwin is a true icon. She and her band have been cited as an inspiration by groups like No Doubt and The Red Hot Chili Peppers, and by movie director Sophia Coppola.
Check out Annabella’s 1983 interview with Videowave:

More than twenty years have gone by and I want more. More raging girls of a certain ethnicity with mohawks, murderous pipes and an outlaw swagger that says ‘the devil may care, but I don’t.