“Ain’t I A Woman?” On the irony of trans-exclusion by black and African feminists 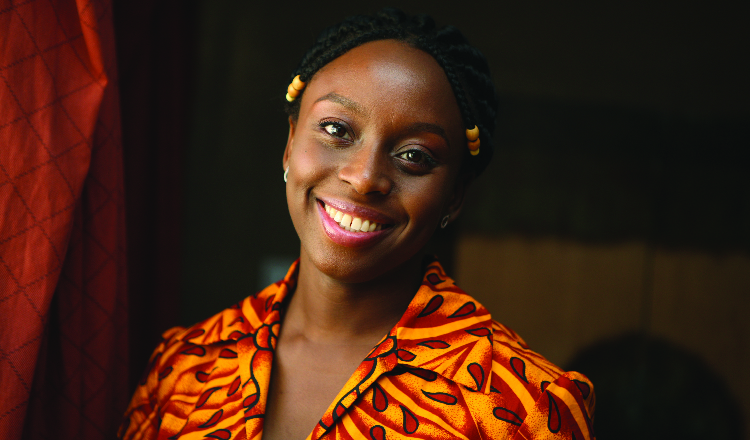 Truth’s seemingly rhetorical question was used to highlight the ways in which her womanhood as a black slave woman was not recognised by the women’s movement. Long before the term “intersectionality” would explicitly be used theorise the importance of recognizing intersections of identities such as race, class, gender and sexuality in oppression, Truth boldly demanded that the specific hardships she overcame as a slave woman not to be excluded from the struggle for women’s rights.

166 years later, when black, African cisgender women (that is, women who identify with the gender they were assigned with at birth) such as feminist icon Chimamanda Ngozi Adichie, insist that because of the difference of their experience of womanhood “transwomen are transwomen” and therefore not part of the category “woman,” it becomes a deep dishonor to the centuries old traditions of black and African feminisms seeking to disrupt white and Western women’s exclusionary definitions of womanhood.

In her 1981 book Ain’t I A Woman bell hooks argued that the “feminist movement” came to be a largely white middle class women’s affair that reinforced sexist, racist, and classist oppressions because it did not articulate the needs of poor and non-white women. This book was part of wider scholarship, literature, art and activism by black feminists, such as the radical queer Combahee River Collective, Audre Lorde, Barbara Smith, Kimberley Crenshaw, Patricia Hill-Collins, Toni Morrison, Ntozake Shange and Alice Walker, whose work called for the recognition of intersecting identities such as race, class, sexuality, ability and nationality. Beyond challenging black patriarchal nationalists’ hold on the definition of blackness, black feminism challenged white women’s monopoly on the definition of the experience of womanhood.

To create and maintain the idea of “Other,” racist and colonial ideas of difference have always required a certain sense of “fixedness” of identities. African feminist scholars such as Nneka Obioma, Sylvia Tamale, Nonhlanhla Dlaminini, Ifi Amadiume and Oyeronke Oyewumi have disrupted the “fixedness” of sexuality and binaries of “woman/man,” “female/male” to show that gender has existed on a spectrum and has not necessarily coincided with sex. In so doing, they’ve challenged Western feminists to see that Western gender conceptions and hierarchies based on biology and cannot be assumed uncritically for other cultures.

In her critically acclaimed 1987 book Male Daughters, Female Husbands, Amadiume draws on the social relations of the Nnobi of Eastern Nigeria to deconstruct the assumed notions of gender, sexuality and power over the pre-colonial, colonial and post-colonial periods. Amadiume, for example, frees the position of “husband” from its association with men, and goes on to do the same for other masculine roles, showing that societal roles and positions have not necessarily been rigidly masculinized nor feminized in African societies.

A decade later, Oyeronke Oyewumi’s The Invention of Woman: Making an African Sense of Western Gender Discourses, argued that historically gender was not the primary determiner of social hierarchy in pre-colonial Oyo-Yoruba society, but instead seniority was considered most important. Oyewumi firstly based this on the argument that historically there is no mark of gender in the Yoruba language whereas seniority is marked and, secondly, that Yoruba social institutions and practices historically do not make social distinctions in terms of anatomical difference.

Importantly, Oyewumi argues that gender is not only socially constructed but is also historical. Hers and others’ work blows up our reliance on what many have seen as the “inherent” patriarchal nature of “traditional” African culture by clearly charting how much of the gender relations we know today have come into being as a result of Western, and in particular, Victorian colonial ideas of gender and sexuality.

Black and African feminists have long taught us that, indeed, anatomy is not destiny. As a cisgender black feminist, I believe that it is an indictment on our contemporary activism that it pro-ports to “support” transwomen, only to exclude them in the very same ways that we have historically been excluded from the category of “Woman”.

Importantly, cisgender feminists have to recognize that this is an issue beyond semantics. When we create fixed definitions of womanhood, we then have to police those boundaries in ways that often have violent and humiliating consequences for those who do not fit neatly into the category. We can think of the high profile case of South African Olympic gold medalist Caster Semenya’s humiliating gender testing and the fact that in the United States at least eight transwomen of color have been murdered in 2017. These cases tell us that too often the consequence of denying the womanhood of trans woman is to deny their humanity and personhood.

When our trans sisters have to look at us, and ask as our feminist foremother Sojourner Truth did a century and half ago, “Ain’t I A Woman?”, it tells us that our visions of freedom from the oppressions that we face as black women are not only unimaginative, exclusionary, and violent, but historically regressive. 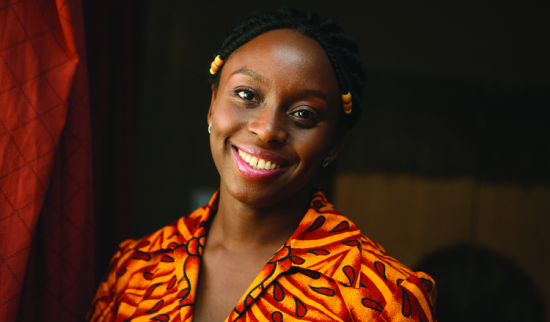 *Panashe Chigumadzi (@panashechig) is an award-winning novelist and essayist, born in Zimbabwe and raised in South Africa. She is the founding editor of Vanguard Magazine, a platform for young black women coming of age in post-apartheid South Africa and the founding curator of Soweto’s Abantu Book Festival, the largest of its kind and magnitude for black readers in South Africa.