Young, Gifted, and Black: The college creatives bringing Blackness to the classroom and beyond 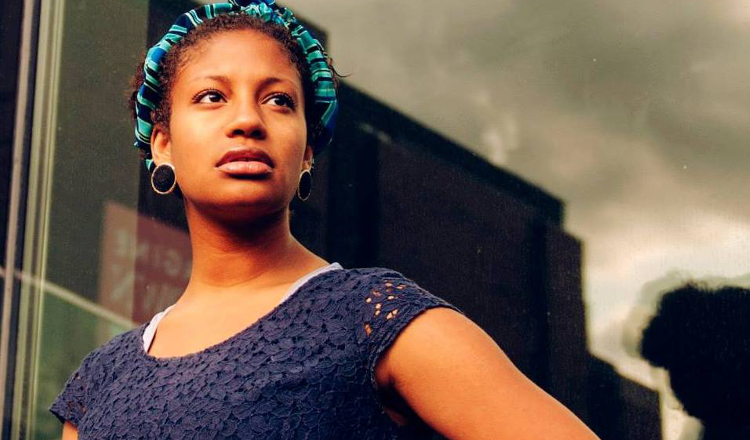 AFROPUNK is committed to supporting Black creatives in every medium, especially young creatives who are just breaking into the art world. Whether it’s music, film, visual arts, or writing, it’s our mission to create space for the alternative Black experience. In keeping with the tradition of resistance and centering Black alt-culture, we’ve decided to start a monthly series where we support college-aged creatives who are doing just that. Our first subject is an extremely talented Afro-Latinx Brown student named Isa(bel) Diawara, director of the short film “Metabolizing” featured below.

My name is Isa(bel) Diawara. I was born and raised in Pueblo, CO and I am 21 years old.

What school do you attend? Is it fulfilling?

Right now I’m on the Brown-Tougaloo Semester Exchange at Tougaloo College in Mississippi, but my home school is Brown University. I don’t know if I could say that Brown, in and of itself is fulfilling, but it certainly provides students with the opportunities and resources to guide their own college path. I really appreciate the fact that Brown has encouraged me to establish my own goals and to execute them. Brown’s creative atmosphere facilitated the development of many of my projects, including Metabolizing. The school also supported the creation of the arts collective, Works Etc, which produced the film. 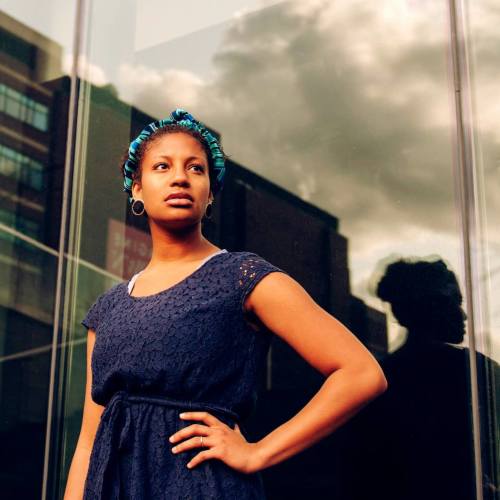 What’s the name of your film? Where did the inspiration for the name come from?

One of Brown’s literary magazines, the Indy, asked me to write a piece for their “Metabolism” section last year. I looked up metabolism and realized it dealt primarily with understandings of bodies and the processes we use to maintain them. To me this concept seemed especially pertinent to the Black and brown bodies in this country that have endured constant violence. I wanted to reflect on how the POC around me (particularly Black wombyn*) were coping with living inside of our bodies in light of their violation, underappreciation, and degradation.

What are some of the themes of the film?

I make use of a semi-autobiographical narrative to capture the essence of living as a Black student at an elite university. This is no way speaks for everyone’s experience, but it’s an authentic depiction of my reality. I made this film in collaboration with students of color, and I portrayed my friends in order to reflect the community to itself. Image is powerful, sometimes even more powerful than reality, and I wanted to use it as a form of processing and digesting our lives.

Black wombyn* are rarely depicted on screen in a way that I’ve been able to truly relate to. Often, illustrations of Black subjects on screen are either sensationalized, or follow the century-old archetypes of Toms, Coons, Mulattoes, Mammies & Bucks. I wanted to counter these stereotypes by showcasing our truth – using subtle suggestions to emphasize the polarization between internal and external worlds.

Most importantly, I believe that as a community we heal one another. In moments when our bodies and lives are not affirmed, I rely on the loving wombyn* who understand these sentiments to remind me that my existence matters – that our lives matter. Realizing this concept on screen comes through imagery, poetic prose, and an evocative soundscape (by Ray Sosseh).

I really love the short film by Khalil Joseph, to the song “Until the Quiet Comes” by Flying Lotus. It moves me intensely and I’m looking to it now for inspiration as I construct the script for my latest project. I also recently watched Vince Staples’ short film “Prima Donna” and I am fascinated with it and other work directed by Nabil (i.e. “Captureland”).

Do you identify as any of the following: Black, Afrolatinx, West Indian, African-American (of the continent), first/second generation immigrant, queer, bi, trans, native, or differently abled?

As a person of mixed heritage, I identify with many different descriptors. I am an Afro-Latinx queer’d artist. I also identify as African-American and a second generation immigrant (my father is from Mali, West Africa and my mother is Chicana (with roots in Michoacan and Zacatecas)).

Did any of these identities (or the intersection thereof) make their presence felt in Metabolizing?

The intersection of these identities is present in all of my creative work. The complicated nature of living with mixed heritage has deeply impacted my involvement with modes of identity. The creation of Metabolizing was partially in response to needing to define my self and environment on screen. Are you considering pursuing filmmaking full time?

If the opportunity arises, it would be wonderful – but for now it’s just a passion. Regardless, filmmaking will always be a vital part of my creative expression. I’m in the planning stages for another project right now, and I feel blessed to be able to engage with the medium on any level.

How can people support you/your work?

The arts collective I co-founded (www.worksetc.squarespace.com) with Kamille Johnson and Marcus Sudac is in the process of collecting art for our first Queer’d Arts Festival. The festival is a celebration of the non-conforming artist, and we are accepting film, music, digital media, poetry and photography. While you’re on the site check out our featured artists, and join us in reframing the arts.