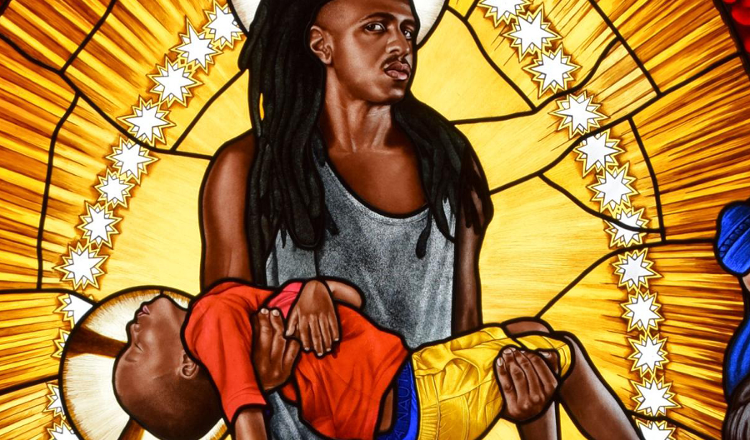 Kehinde Wiley has been kicking ass and taking names in the art world. His first solo art exhibition in France will be displayed in Le Petit Palais in Paris October 20th through January 16th. The exhibition is a unique set of ten monumental works, stained glass and paintings, presented at the heart of the permanent collections of the museum. This is a huge deal! Black artists rarely get this level of acclaim while they’re still alive and active, so this is a major look for the LA-native, whose hallmark is using classical European style to depict Black people with elegance and authenticity. Take a look at some of the work below. 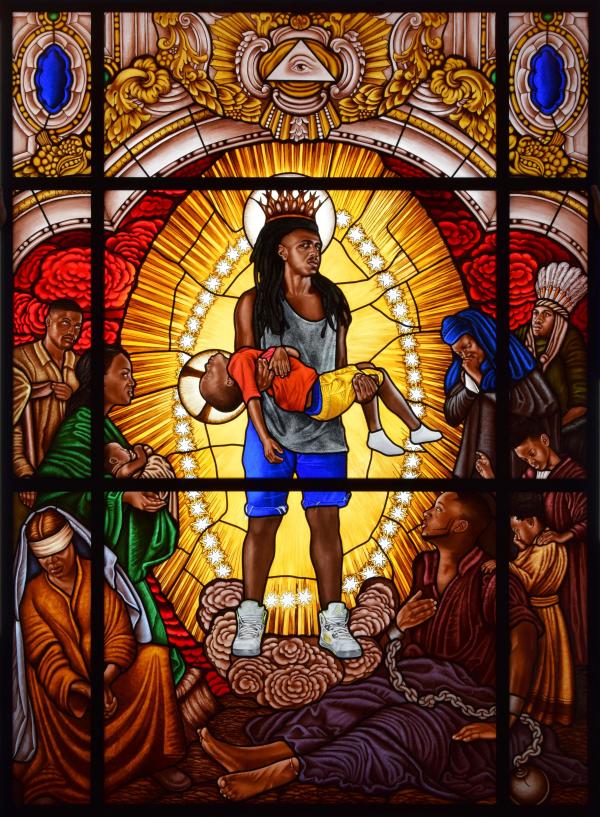 Mary Comforter, of the Afflicted 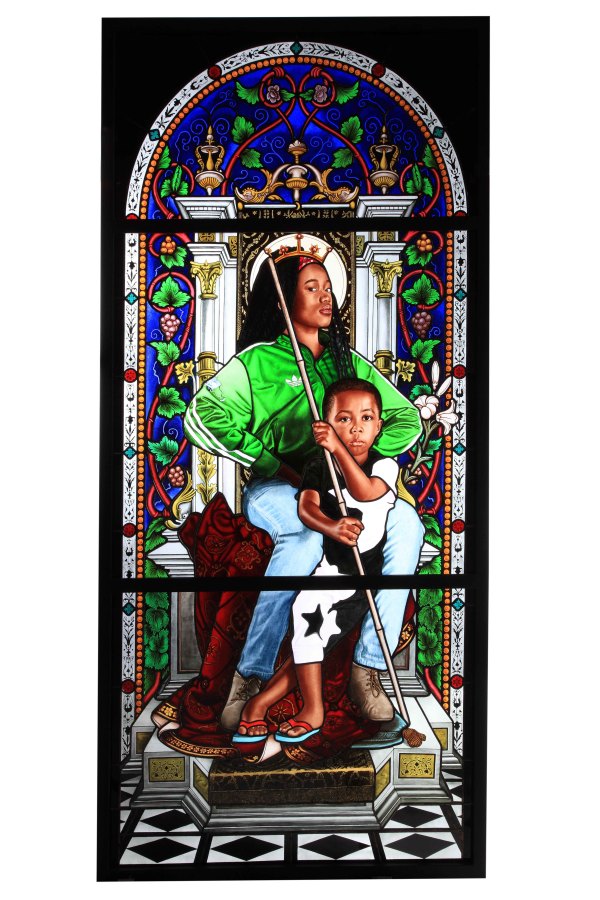 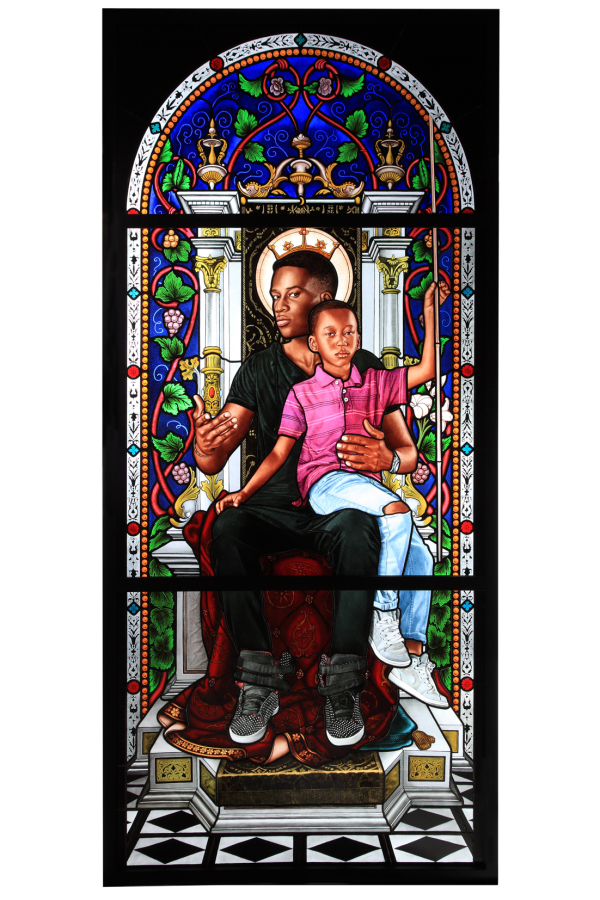 The Virgin and Child, Enthroned 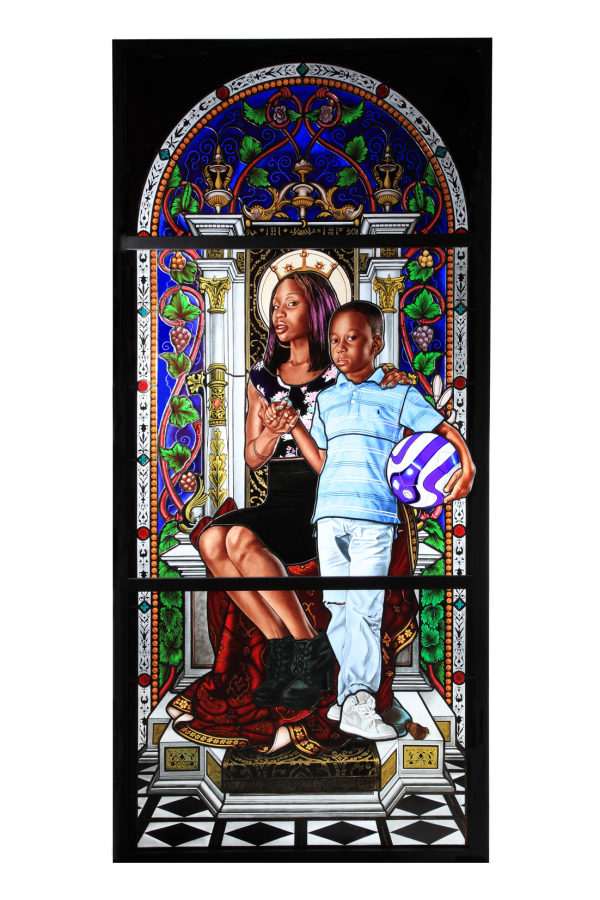 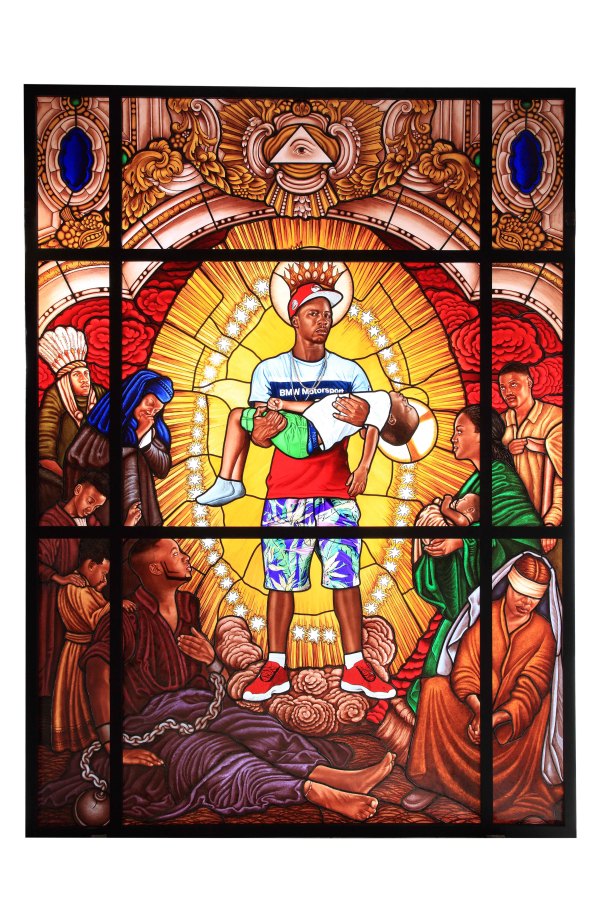 Mary, Comforter of the Afflicted II

EXCLUSIVE: GET LOST IN THE SURREAL BRILLIANCE OF DANNY DENIAL’S CONDiTiONER