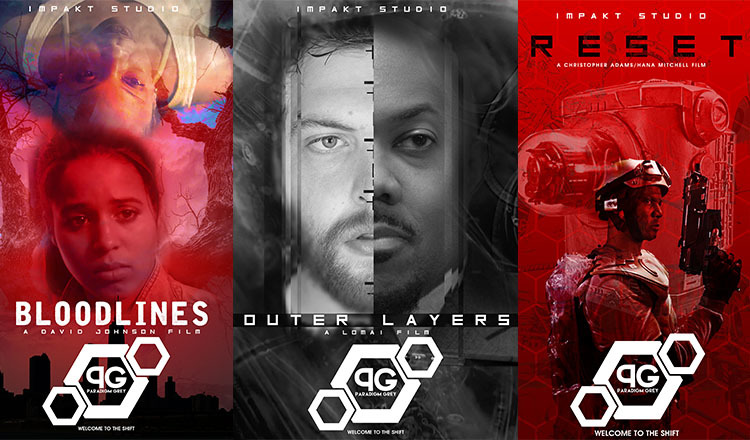 Chicago based filmmaker Christopher Adams has assembled a team of filmmakers to create what they hope to be the start of several volumes of genre-defying feature length films and television projects, with a focus on spotlighting the African Diaspora. Inspired by The Twilight Zone and Black Mirror, their first project, is a science fiction anthology called Paradigm Grey. Not only are all directors African American, nearly all of the pre and post-production crew also identify as Black. “I’ve always hated going to see horror, action or sci-fi films knowing that as soon as you see anyone of color on screen you knew they usually weren’t going to survive the duration of the film, or were just added as a footnote. It’s obvious some exec somewhere said we need to put a black person in there, and even then they paint those characters with a stereotypical brush to try and appeal to urban markets” says Christopher, who is the CEO of IMPAKT STUDIO, a production company that has garnered nominations (three Grammy and one BET) for their numerous music video projects.

Chris, a self taught filmmaker, VFX artist, and cinematographer, built most of the props for the stories in Paradigm Grey, including a six foot tall killer robot. He and his business partner, editor Hana “Blaq” Mitchell, have been bringing their dynamic brand of visual marketing skills to clients for over twenty years. They hope to take their considerable talents to a whole new level with Paradigm Grey. “It’s time for us to show the world that black directors and black cinema can be just as if not more creative and diverse as other cultures.” Just like the tagline says, “Welcome to the shift.” 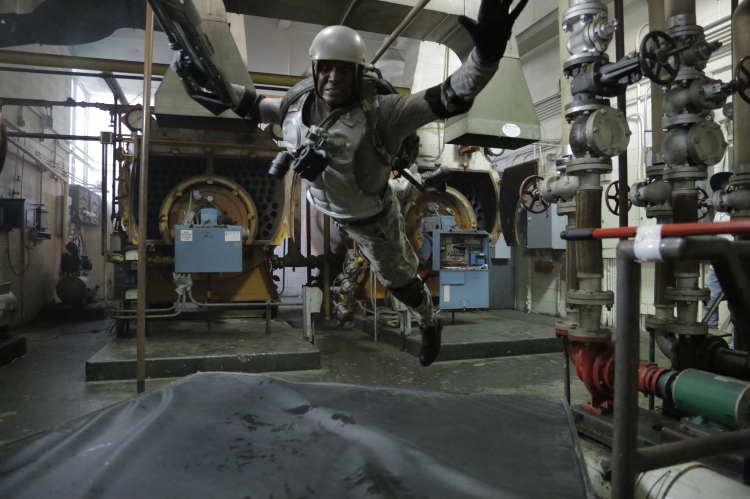 To learn more about Impakt Studio, Paradigm Grey, and their work, visit the following links:

RUSSELL SIMMONS’ ACCUSERS PEN OPEN LETTER PLEDGING NOT TO BACK DOWN

ALGIERS ‘THERE IS NO YEAR’ IS A GODDAMN MASTERPIECE