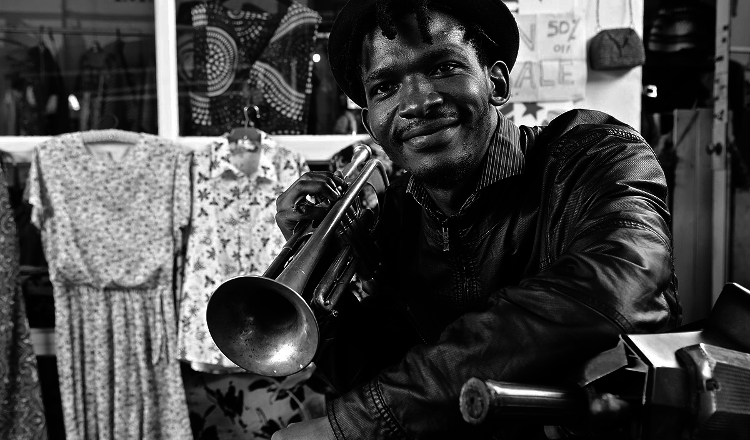 Jazz is the immutable language of the oppressed. It is the language of the black intellectual. And unlike most African languages which were destroyed by colonialism, slavery and oppression, Jazz was, in fact, incubated and birthed by these extreme conditions. It was born in the brimstone of our belittled existence as a people. Permanently displaced from our ancestry, we found home in the music. Notions of displacement bleed through the pores of its progressions. Jazz mirrors black life. We improvise until it makes sense; until miraculous melodies emerge from the chaos.

South African jazz was born in one of the most chaotic periods and places in human history- Apartheid. And just like a child born in wartime, it was born a fugitive from its own birthplace, a refugee exiled for its very existence. This is because unlike the more palatable genres of black music like funk, soul and R&B, Jazz didn’t attempt to distract the black proletariat with repetitive themes of romance and dancing. It painted a more accurate portrayal of the turmoil of black existence which posed an ominous threat to the status quo. As a result almost all of South Africa’s greatest jazz musicians were exiles. Hugh Masekela, Bheki Mselekhu, Louis Moholo, Abullah Ibrahim, Zim Nqawana, Jonas Gwangwa, Johnny Dyani and many others were all forced into an exodus in order to seek a more hospitable environment for their subversive souls. Since then a new generation of South African jazz artists has arisen from the ashes of its new democracy. A lot of them are the children and grandchildren of the founders of jazz in this nation. Sadly, although the black population of South Africa has been liberated in a number of tangible ways, the system is still rigged and the nation (as well as the continent) is still bound by macroeconomic shackles. This is all the more so for the black artist. The African artist is still in spiritual exile. Because the majority consumption of black creativity is in North America, Europe and Japan, the African artist is in the morally dubious position of being forced to pander the novelty of their plight to predominantly foreign agents. Often to the very groups which contributed to that plight. We’re forced to sell our pain at a premium to the very people who inflicted it upon us, and they love being the ones to make the purchase. It’s a twisted masochistic symbiosis- A symbiosis which has grown into a self-sufficient industry: The acquisition of black pain by white guilt…They made us cry and then monopolized our tears.

Black consciousness and activism in South Africa has experienced a recent resurrection observable in the student and worker protests triumphantly galvanized in the past few years. This is symptomatic of a current global endemic of black activism hell bent on valiantly confronting the illegitimacy of the status quo. Jazz, the historic anthem of activism in this country, has experienced a similar reawakening. Just like the movement, the music has become a philosophical forest fire fuelled by inherited pain as well new pain, an inherited aesthetic combined with a new aesthetic. The result is something so powerfully anachronistic it can’t be mimicked- A sound so authentically African yet so seamlessly universal. The artists responsible for this leap are all informed by a unique frame of reference. None of them over the age of 30 which means they grew up predominantly in a Post-Apartheid South Africa and trained under newly racially integrated institutions of music. A number of them grew up in the historically black townships which were the epicentres of jazz culture in the 1960’s. Others grew up in previously white demarcated suburbia. Some of them, like the music, were born in exile. As diverse as their backgrounds may be, they have far more in common than they have in distinction. They were all raised under the globalized media zeitgeist of the 21st Century so they were influenced as much by rap, rock and electronic music as they were by jazz. They all share a studious reverence for the local history of the art form while avoiding the risk of stagnation. This generation of artists are all on a collective mission to carry the genre to new unexplored territory, both aesthetically and ontologically. This paradigm shift was instigated by their immediate predecessors whom include the likes of Nduduzo Makhathini, Tutu Puoane, Kesivan Naidoo, Afrika Mkhize and Shane Cooper who are all deservingly experiencing international acclaim and prosperity. Those names paved the way for these ones. These 8 names represent the future of African jazz. Together, they will compose the anthem of our new revolution. 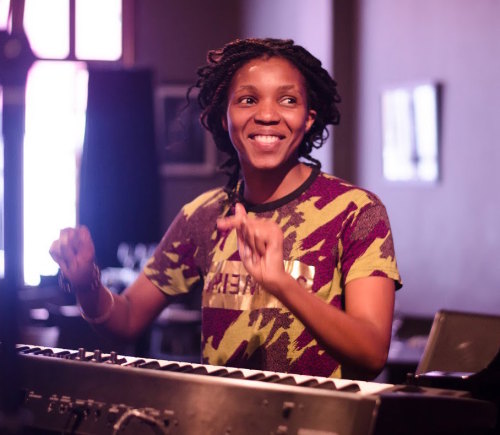 It’s hard to find a contemporary jazz pianist whose work is as aesthetically rich is Thandi Ntuli’s is. Her music is laden with elements of neo-soul and nu-jazz yet her mastery of the traditional bop sound is unmatched. Her intermittent vocals caress the ear with enchantment. Every one of her melodies is memorable. She’s found a way to make jazz accessible without making it any less intellectual. Her debut record ‘The Offering’ is nothing short of a masterpiece. It seems to crystallize all the ideas of black music in the last century into an original work of art. A beautifully new sound that’s in some ways abstract yet no way detached from emotion. In fact, emotion pours out of her music like long anticipated rain on an arid African cultural landscape-Purity arriving to rinse away the scars of civilization. It will leave you feeling elated and enlightened; ready to take on the realities of everyday life with this spiritual amour blaring in your headphones.

Vuma Levin’s jazz is more intellectual than it is sentimental. His compositions are more argument than narrative. His intercontinental collective, the Vuma Levin Quintet sound like if Polar Bear had grown up in the informative context of Sub-Saharan Africa. Their debut opus, ‘The Spectacle Of An-Other’ interrogates the notions of identity, appropriation and cultural plagiarism. His audio cornucopia includes ethno-musicological references alongside afro-avant-garde futurism. He’s an eclectically cutting edge, aesthetically refreshing new addition to the contemporary African jazz scene. He’s the personification of these exciting times for Africa and Africans around the globe. Watch out Kamasi Washington, Vuma Levin’s in the building.

3. Kyle Shepherd: Piano, 28, Cape Town His music is meticulous assemblage of traditional African folk music and bebop with faint but noticeable nuances of hip hop, electronica and soul. His records are an audible museum of South African history. His third record entitled ‘South African History !X’ explores the history of the Cape as the entry point of colonialism in Southern Africa and the city where he was born and raised- As well as the history of his people, the coloured people, who are the direct descendants of the indigenous people of Southern Africa, and who were separated from their heritage by the mechanisms of oppression. His music is as cosmic as it is political. He’s as much Abdullah Ibrahim as he is Tigran Hamasyan. As much Thelonious Monk as he is Dorian Concept. His melodies are as dichotomously hopeful and defeatist as this nation is. His songs are like its people; Impoverished by their riches, broken by their beauty…The feeling of being lost at home. His trio accompanied by fellow prolific local jazz innovators Jonno Sweetman and Shane Cooper has set a new standard for jazz in this country and their latest release entitled ‘Dream State’ should go down the annals of jazz history as one of its most noteworthy contributions. 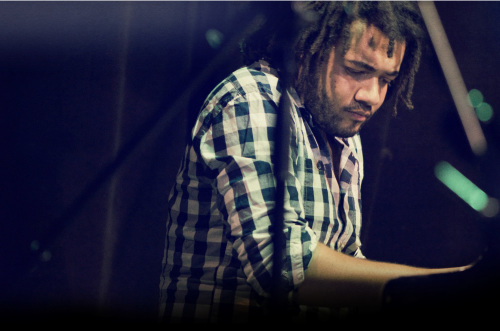 With hues of The Breathing Effect, Taylor McFerrin and Dimitri Grimm in its palette, Bokani Dyer’s jazz is mood rich sonic contemplation. His aesthetic Afrocentrism isn’t quite as obvious as in the case of some of his counterparts but it’s definitely present. It reflects the collective sentiment of his generation: Africanness which doesn’t fit into any of its predefined boxes. His is the generation of dynamic Africanism. Like Taylor McFerrin, Bokani’s dad, Steve Dyer, is a monumental legend in the jazz community and also like McFerrin, he’s decided to navigate his own contemporary course in the genre instead of blindly following in the colossal footsteps of his father. This young man proves that jazz is an ever-evolving language and that there’s always something unprecedented to say…We should all be listening.

5. Tumi Mogorosi: Drums, 29, Joburg
Tumi Mogorosi is the percussive prophet who’s reinventing the genre with a flick of his wrist. His critically celebrated Project ELO album is something out of this solar system. It’s equally as sombre as it is cinematic. Classical choral sopranos form a vocal halo which hovers above the free jazz arrangements like a colonial narrator to the black experience. It’s something like Afrocentric opera. His instruments seem to always be weeping or at war- a cross between a war cry and a hymn; a manifesto and a requiem. He’s probably the most sonically interesting artist featured in this list. It can’t be adequately explained. His music has to be heard first hand to be fathomed. 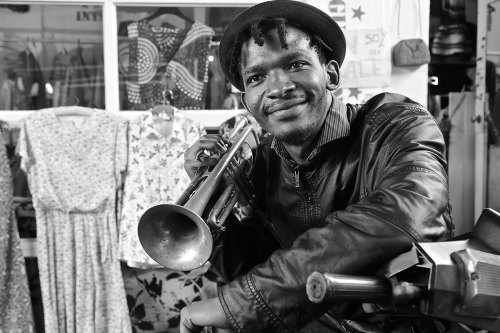 This is the young virtuoso behind the groundbreaking jazz collective Amandla Freedom Ensemble. He’s the prodigal child of the South African jazz scene. His compositions are intricate and ingeniously succinct. His solos send shivers up the spine of any sentient being with a soul. His ensemble’s debut release ‘Bekhisizwe’ (directly translated as ‘Look so we can listen/feel’) sounds like it was composed over lifetimes; As if centuries of calculation went into each and every note. This young trumpeter is arguably one of the most definitive jazz artists of his generation and we all hope much more is still to come from him. 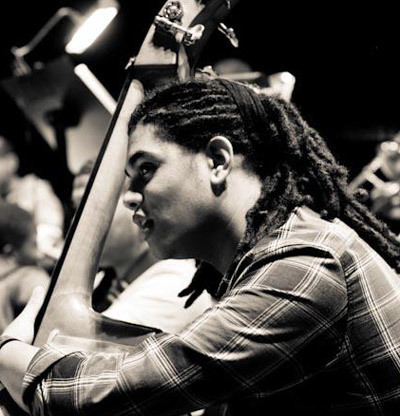 As the youngest musician on this list, Benjamin Jephta is surprisingly one of the most engaging. His music is moulded for emotive listening. Its intonations are enriched with thematic poignancy and nostalgia, almost to the point of melancholy. His songs slip into the mirrors of memory by breaching the boarders of human composure, facilitating the listener to travel to their deepest emotional destinations in the absence of inhibition. His debut offering, aptly entitled ‘Homecoming’ is simultaneously mature and progressive: It’s hip hop and melodrama; It’s meditation and celebration. Most of all, it’s moving- A feat quite arduous to achieve for an over-stimulated generation so desensitized by their cosmetic culture. Bravo Benjamin! 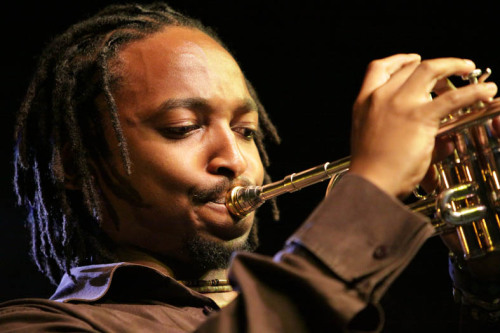 Lwanda Gogwana blends the Afro-jazz aesthetic with an avant-garde approach. His oeuvre is a mesh of traditional Xhosa rhythms, Marabi and soulful hip hop. He’s reminiscent of Jimmy Dudlu at times sans the cheese. He’s created Afro-jazz for lactose intolerant listeners. It’s smooth without being picnic music. His phrases are full of the action of daily African life. He regularly features spoken word artists on his records which makes for interesting listening as slam and praise poetry are as prevalent as singing /scatting on them- an unusual trait for the genre. His ‘Songbook’ album is the perfect tour guide to South Africa. Be prepared for a voyage of listening. 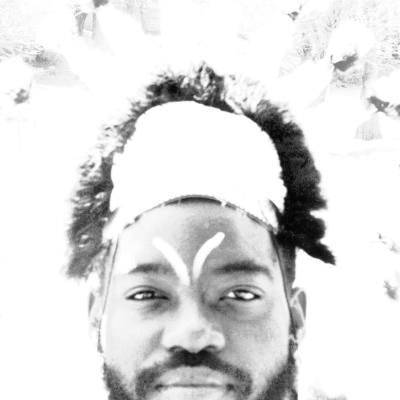 *Edward Kgosidintsi is freelance writer based in Johannesburg, South Africa. He studied philosophy and economic history at UCT and cut his literary teeth through academic discourse. He has a deep innate passion for the liberal arts and social sciences. He’s concerned with excavating the nuances of the post-colonial African context. He aims to be a candid prism through which the light of his continent’s post-modern counter-cultures can be refracted. His literary influences range from Richard Yates and Jack Kerouac to Aesop Rock and Thom Yorke. If he could choose to only be remembered for two things in this world they would be: A good man, and a great writer. Edward also writes for OkayAfrica, Black Business Journal, Image Athena and Platform Online.