FEATURE: The Women of #BlackLivesMatter in Brazil 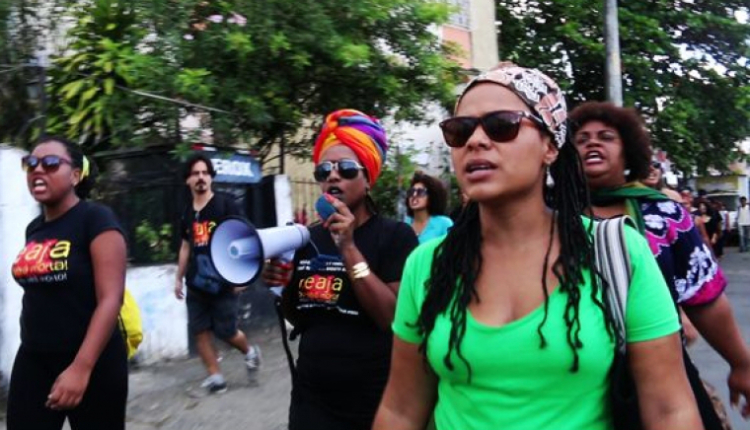 “Police in Brazil have killed nearly as many people in the past five years as U.S. police have killed during the past 30 years, according to statistics from the FBI and the Brazilian Public Safety Forum. On average, Brazilian law enforcement killed six people per day between 2009 and 2013, a study by the São Paulo-based research group found. And the victims of police violence in Brazil are overwhelmingly Black and poor,” states Kaelyn Forde for Refinery29. In this new article – highlighting the women on the frontline of Brazil’s Black Lives Matter movement – for Refinery29, Forde and contributing reporter Jihan Hafiz have brought a much needed spotlight to the police brutality that continues to plague Brazil and the growing protests against it. See some of the featured activists below (photography and captions by Jihan Hafiz) and CLICK HERE for more. 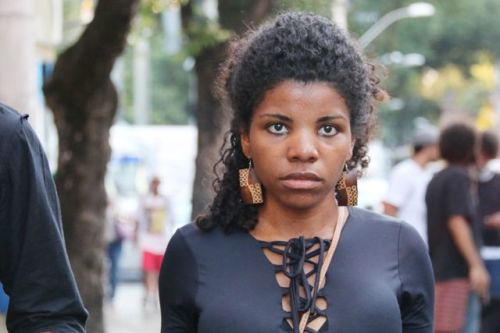 A 19-year-old woman who called herself Ayanni (she declined to use her real name because of concerns about safety) traveled more than 1,200 miles from São Paulo to Salvador to march:

“There is political language being used both by our politicians and the media to justify when they kill our people. The young Black boy is either a criminal, a thief, a suspect, or a problem to society. They don’t put value on our lives.

“The media supports this. [They report that] every youth murdered by the police in a favela, even if they are 13 or 14 years old, was involved in criminal activity, a traficante [drug trafficker]. This legitimizes the police killings to the public and strengthens the government’s racist war against us, both physically and verbally.” 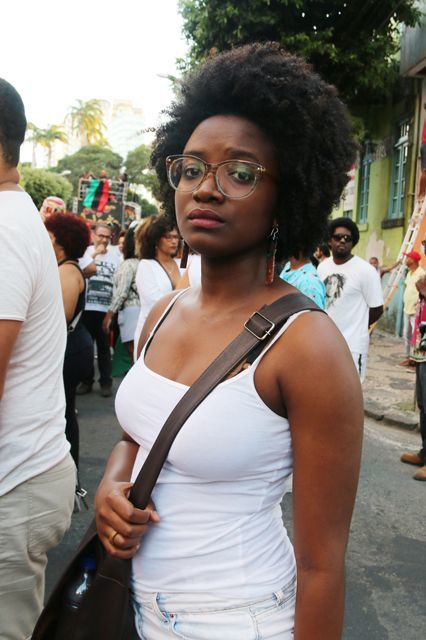 A 26-year-old woman who asked to be called Joia (she declined to use her real name because of safety concerns) says the problem is far greater than just the police in one city:

“This country loves our Black culture, our music, our bodies, but hates the fact we still exist as the majority. Salvador is the front line of the war against African people in Brazil. My people built this city — this country — through slavery. We will not be silent. Black lives have value; Africans all over the diaspora want to live.” 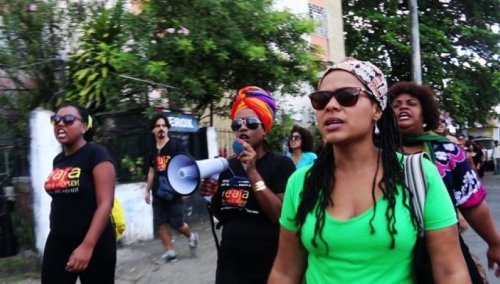 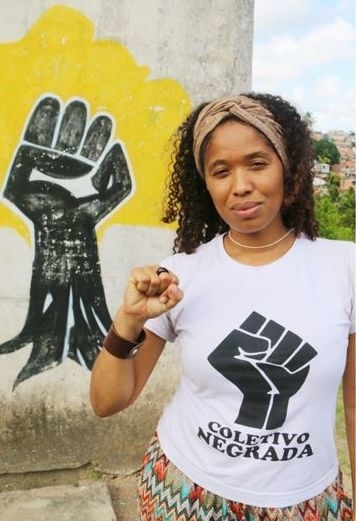 Mirits is a 31-year-old organizer with the Colectivo Negrada group from Espírito Santo. She traveled more than 500 miles to march in Salvador:

“The police are murdering a lot of Black women along with men. In my state of Espírito Santo, the police are occupying spaces of Black communities in the name of security, and they are terrorizing people. It’s clearly become a matter of genocide for Black people in Brazil.

“Women are the soul of this movement; we must band together as sisters of color to fight their killings of our people.” 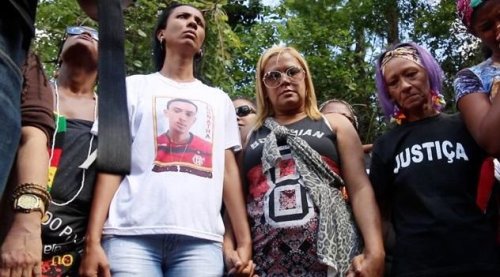 “As we gather, we encounter our force, our power, our ability to live. We have become the voices for our sons, and we won’t allow the continued murder of young Black brothers to destroy our lives. Their blood is not so cheap that we allow their murders.

“We can not go back one more step! We can’t let this tragedy continue. Every single day, we encounter another mother grieving, another body laying dead in the street — we will not let this happen any longer. We have chosen to fight, we have chosen to react.” 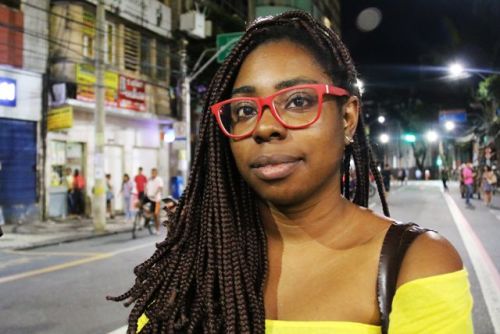 21-year-old Fabiana is a reporter for Correio Nago Midia, a Black media organization. She joined the march on Monday:

“One of the factors the helps fuel the genocide and police killings is the media. The government and private media is mainly controlled by rich white men who are attached to the security state in some way, or benefiting from it.

“We need Black media, especially in the African city of Salvador, to combat the lies and propaganda.” 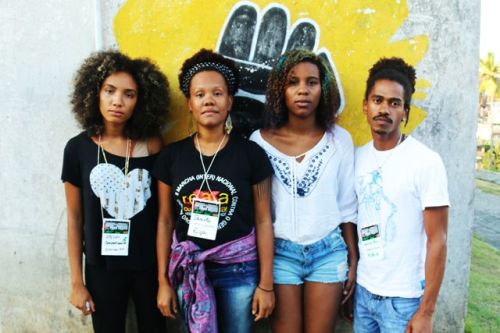 Twenty-four-year-old Danielle (second from left) is an organizer with Reaja ou Será Morto from Salvador
“When the police invade your community, your home, bash in your door, and slaughter a young family member before your eyes, it sets terror and a river of tears, and endless pain, a pain that lives after the dead are buried.

“When a mother loses her son, she dies, too, but it becomes a ‘living death’ because of the silence the police reduce the people to. This slaughter, we are calling this a genocide. We are living in Cabula. This is the location where the military police massacred 13 young Black men and boys. They brutally assassinated them.” 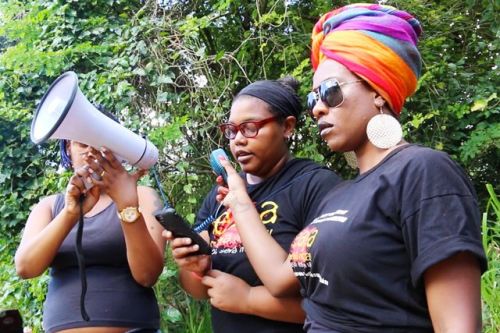 Black activists from Chicago join protesters in Brazil to read the names of the Black people around the world who have lost their lives to police violence:

“We share the same fight, we also call out their names. Now they are present with us. Ayana Jones, Rekia Boyd, Tony Robinson, Sean Bell, Oscar Grant, Michael Brown!” the women read. After each name, the crowd yelled”Presente!” — present.