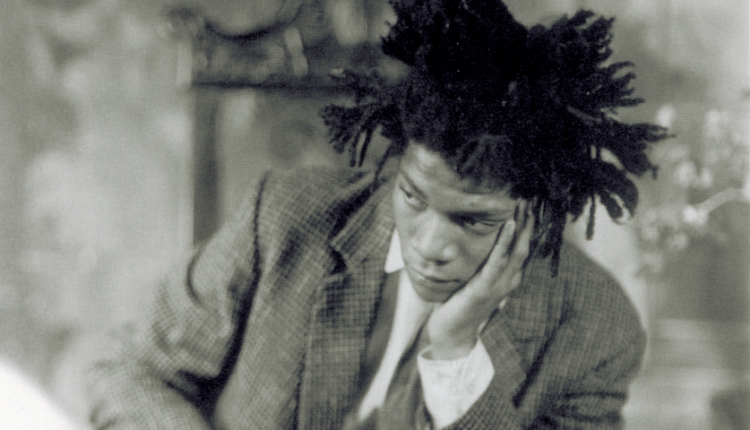 James Van Der Zee’s photography carries itself into an exactness that is representative of Harlem, & at the same time, his Eye is definitive beyond the Harlem Renaissance’s enlightenment for Black Americans prolifically contributing to their own community, economically, & artistically. Where the discourse of reading James’ photography will guide the onlooker is onto an insightful bridge that caters to their steps by guiding their eyes into a class that accepts a fashionable surface, along with a clean visual presentation which was a professional purity for 20th century studio, portrait photography. 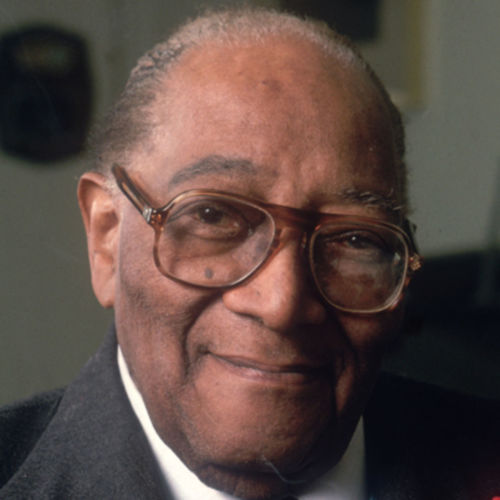 His overall body of work cannot just be a cornerstone for important photography going on during the Harlem Renaissance, because James lived well into his 90’s (June 26, 1886-May 15, 1983). It was an aging lifetime that allowed him to photograph married couples in portrait sessions who were elegantly dressed in their wedding attire in the 1920’s to being a 95 year old man, photographing the then 21 year old painter Jean-Michel Basquiat in the year of 1982. In this particular famous photography session, one exposure has Jean-Michel sporting a suit jacket, a tie & a pair of jeans with dried up blotches of paint droppings all over them—he is sitting down in a distinctive wooden chair, contemplatively looking away from the lens as the left-side of his face accepts its placement into the palm of his left-hand, while the fingertips from his right-hand are on his thighs, slightly touching a cat who is centered in his lap with its feline eyes aiming straight ahead & downward. Another exposure has Jean-Michel looking back into the lens with his painterly hands permitting his fingers to intertwine as his thumbprints connect above his fingers. 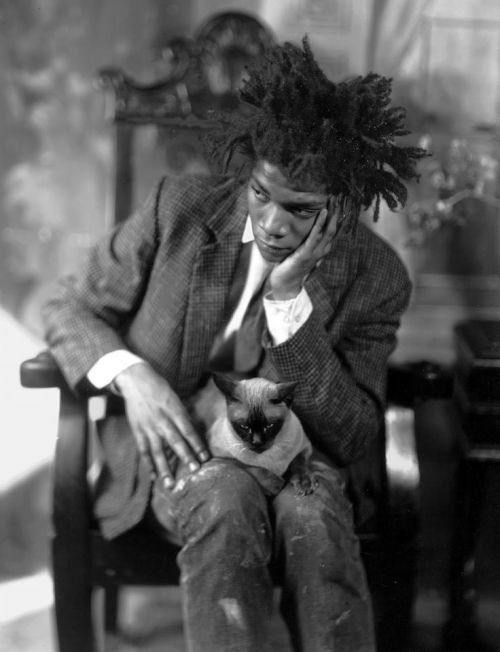 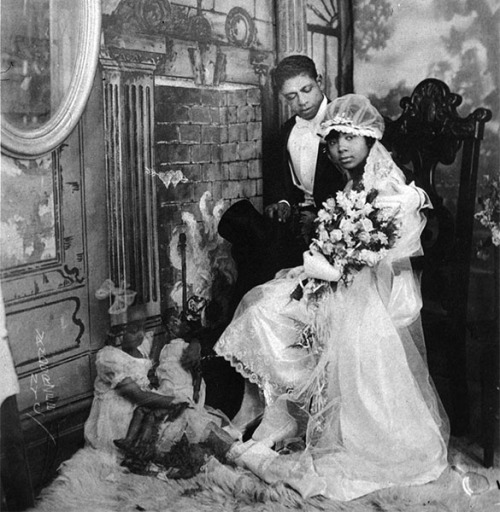 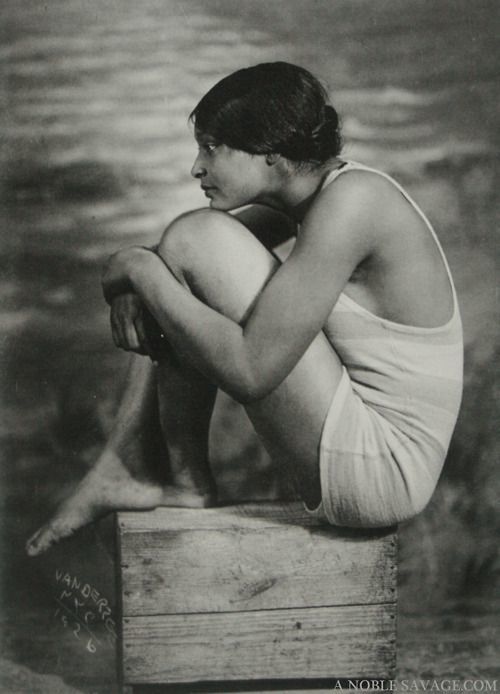 As the framework of James’ work is examined inch by inch, the vastness in his Eye overcomes being situated in one genre of photography. It is true that even his street-photography visually spoke in a studio portrait tone (the 1924 photograph of pro-Black leader, Marcus Garvey who is royally dressed from head to toe while sitting up, dignified with confidence in the back of a chauffeured vehicle that is surrounded with Black gentlemen in suits, ties & hats at the Harlem Parade on 7th Avenue is a convincing endorsement of his portrait tone resonating) that is arresting to an artful intention.

Photographically, black-&-white film photography has a natural frozen in time retaining quality to it. This black-&-white photographic form is an apex that presently wins over our modern interest within this 21st Century—which is why James’ photography hints at a time of progression in the past.

The Harlem Book of the Dead (published in 1978) is a seriously compassionate work that convokes from James’ body of photography with poetry from the prominent Black poet Owen Dodson, as well as contributions from the artist Camille Billops with a foreword penned by the authoress Toni Morrison. Their book-work is endearing by way of peacefully & visually reviving the memories of those who passed away & who were photographed, only to be have the final photographic prints superimposed with religious or patriotic visuals for an added sympathetic meaning—an upright quality at a time when implementing symbolic visual gestures was about showing a spiritual belief system to the loved ones who were trying to heal after losing a family member to death & who happened to trust James with professionally photographing their family member in a postmortem state. This same kind of conditional trait of compassionate & sensitive care in James’ work goes into an overall visual appreciation that establishes itself inside of the photographs that shows the strength in practicing the freedom of religion by worshiping as you please in Harlem; such as a 1929 photograph with 22 Black Jews standing (a woman is holding a child in her arms) in front of The Moorish Zionist Temple of the Moorish Jews at 127 W. 137 Street. There is an equable rule that is communicable in James’ photographic work, & this equable rule is about seeing how he could photograph so many people as a testament that the moment is a consequence. 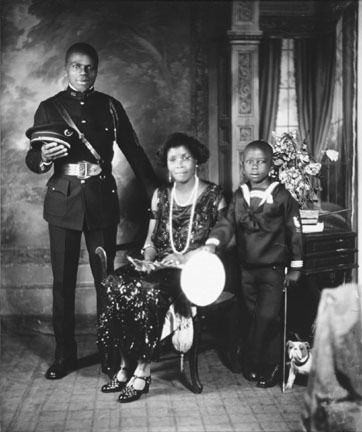 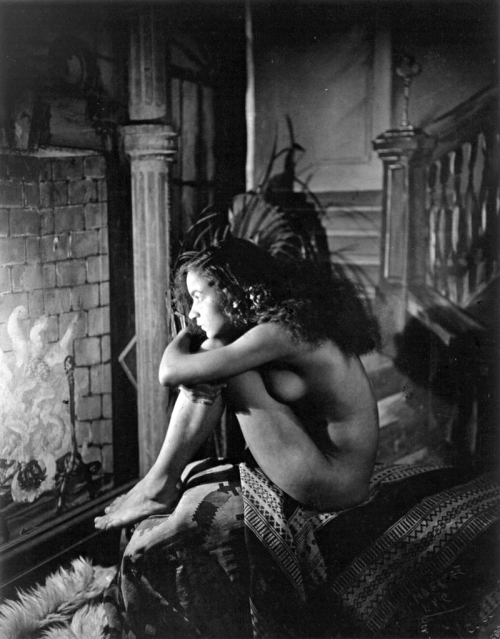 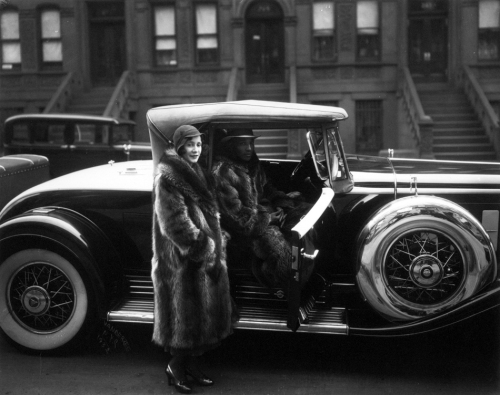 Introspectively, the photography from James’ Eye purposely unencumbered the variations of Blacks living their lives, freeing up the dynamics pertaining to a perspective that distends on the topic of a Black social class, as well as zoning into a fundamental emphasis that helped with characterizing Harlem’s cultural certitude as a powerful visual investment that is still paying off to this day.

It was deliberate that the Harlem Renaissance attached itself to a literary engine that pushed the pistons in the pens of so many great & durable writers whose literature met celebration during the time that it was newly released. The concluding existence is that this body of literary work from the Harlem Renaissance is rightfully enjoying its place of modern prestige with today’s appreciation as an excellent factor for exemplifying its classical spot in the history of American literature.

Photography did not have such a renowned & prestigious renaissance backing like that of literature, due to its indecisiveness on whether it should be classified as an art-form or a novelty that happened to fortuitously capture a moment here or there; however, as today’s society goes into the infinite circumference of the moment that lives inside of a photograph—comprehending some of the past lives in Harlem through James’ Eye is a treasure of momentum that spirals up & into a great success towards historical Black cultures being a primary honor—an appropriate point that unifies an answer of some sort to this lingering question about the medium of photography being an art-form or a novelty for gratifying entertainment. Such a question ends up becoming a secondary wonder.

Harlem’s Renaissance was clarified on a visual responsibility in a capacity that did not seclude James as being the only photographer around, there were other professional eyes that were involved with the business & artistic aspects of photography. Another Black photographer, James Latimer Allen (1907-1977) & his photographic Eye were propitiously aware, giving his clients, who were residents of the Harlem Renaissance, professional photography that was excellent. Carl Van Vechten (June 17, 1880-December 21, 1964), a white photographer who had a disciplined Eye that evinced a reality when he photographed the celebrated names of the artists who were populating the Renaissance with their art & talents was another witness to this cultural pulse going on in Harlem. Impact wise, these three photographers had their own unique visual styles & their photographic works has a place in a modern window, where we can keenly sit down & in front of today. 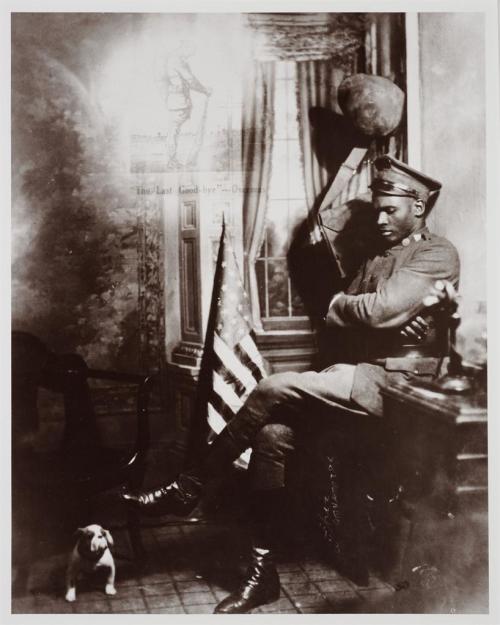 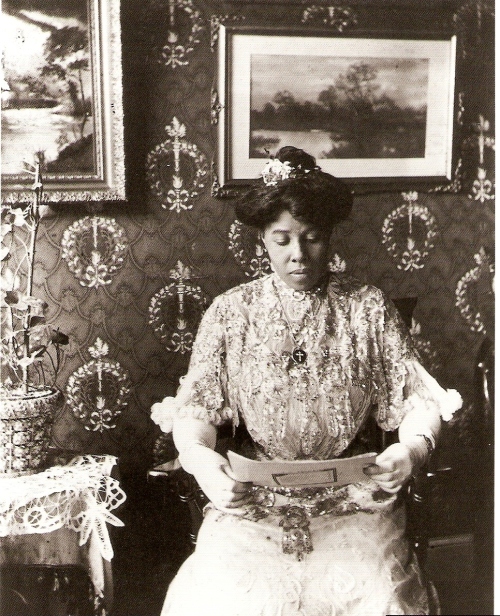 However, the photography from James Latimer Allen & James Van Der Zee has a sky-high zenith that ascends higher than just being two Black professional photographers that attentively photographed the Harlem Renaissance. At the time, the actuality that these two Black men (as well as other Black men & women photographers who were also photographing their Black communities, Addison Scurlock in Washington, D.C. is one such example) living in the United States, & who were physical examples of artists as well as businessmen within their own communities was a badge for vibrantly contributing to the cycle of making their environments self-sufficient, pushing away from awaiting for the government or racism to decide when to photograph their social class or open up a business to supply to their consumer needs.

Stereotypical racist exploitation (overtly or covertly) was an area that many Black professional photographers tended to avoid during this time in history, because, photographically exploiting their own people would not have been a relevant course worth visiting if the progression of showing Black excellence was the motive to having a profitable business. The (Black photographers in these successfully productive Black communities that was all over the United States) professionalism that breathed from showing their own people as terrifically cultured is about genuinely caring with their Black pride by exhibiting that they had the talents to visually speak up for their own communities; thus, their photography businesses donated a tangible logic that their photography was about Blacks being beautiful people. A logic that cannot welcome failure when it comes to the testing of time, because the beauty is right there, nestled inside of their photographs.

As James Van Der Zee’s photography continues to excel with the progressiveness & scholarly appreciation that will fully appraise his work as a credence to his greatness, even if the intellectuals & artists in the Renaissance innocently overlooked the meaningfulness in a new medium titled Photography. Somehow, James’ photography will be a weight on the balancing beam that will even out the predominance in Harlem’s past, while donating the distinguished moments that are so fortunately significant for our civilization of today.