FEATURE: Drinking words at Chez Philo, the only bar owned by an African woman in Tel Aviv 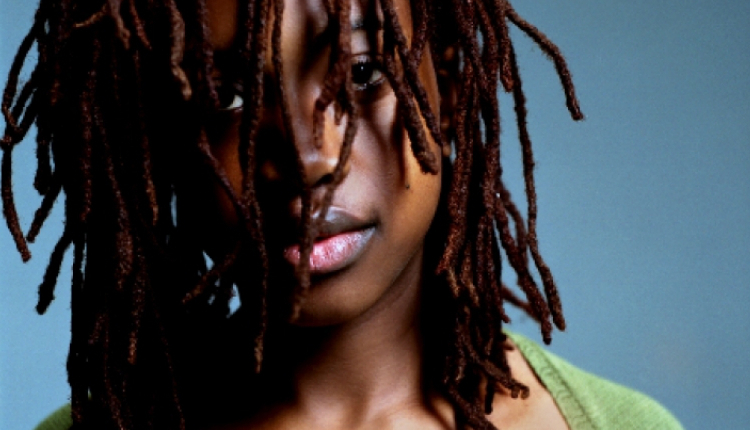 Two steps away from Levinsky square, in Tel-Aviv (Israel), you’ll find a spot like no other. Amid the bustling streets of the city’s most mixed neighborhood, Maman Philomene’s bar is a refuge for the non-Jew Africans and all those in love with French-speaking Africa. The manager was the very first Congolese to emigrate in Israel, some twenty-six years ago. It’s a place I wish to share with you. 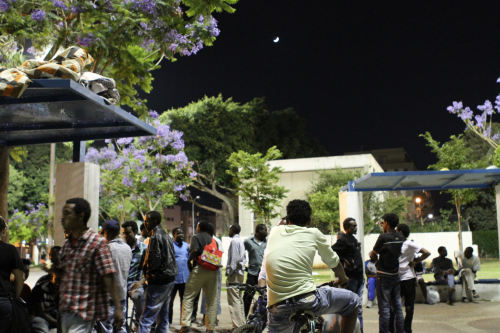 I traveled to the land of honey several times. My first trip was on a reporting assignment; I went back for friends’ weddings, then later for a short-term contract at the French Embassy in Tel Aviv. I spent my weekdays with technocrats, and on weekends I enjoyed getting together with Israeli friends and the local African community. Maman Philomene was a key element of that crowd.

Philomene’s place looks out onto a playground where the distraught and homeless Africans camp out. They who fled their home country to find refuge in the Holy Land come seek comfort in the doyenne’s bar, as they call her. The non-Jew clients converge there in greater numbers when the rest of the population initiates the resting time of Sabbath imposed by rabbinic law.

No writing at the entrance of the bar. Inside, the mere 540 square feet are divided into two halls. Once-white-now-beige paint flakes off the walls. The black and white tiles on the floor look like a checkers game board. Tables and chairs are randomly spread. The clients flock around a huge newfangled television set taking center stage at the back to watch soccer games, or African music videos.That day, no chair is available. Those who aren’t sitting around a table or propping up the counter, next to the woman they all warmly nickname “Philo”, are sipping a beer outside. Of the about thirty guests there, a majority of men and a handful of women. Their skin tanned by the sun, toil, and hardships of life. But on this day of Sabbath, their weary eyes seem untroubled. 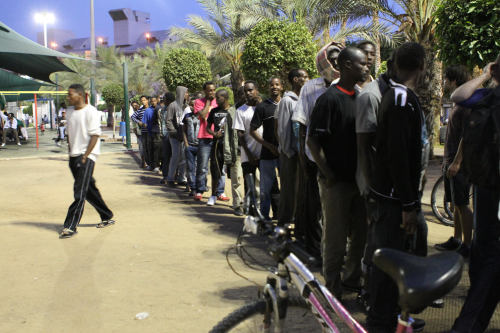 These Africans all followed different paths, but share Israel as a common crossroads. They exchange good plans for jobs, and talk about their favorite subject: Europe. A continent they never set foot on, but who cares, there’s nothing like Israel. Europe doesn’t want more Africans. They are sent back in their thousands, shamelessly turned away a few miles off the Italian island of Lampedusa.

”I won’t ever go to Europe, there’s no use going there anymore, confides Moktar, a Senegalese in his forties. I’ll go to Canada, or the United States. I don’t need Europe.” He crossed the Israeli border illegally in 2009, through the Sinai. “When I passed, the Israelis I met said ‘You’re welcome’. I was exhausted. They fed me, and didn’t hand me out to the police. I thank Israel for that welcome.” 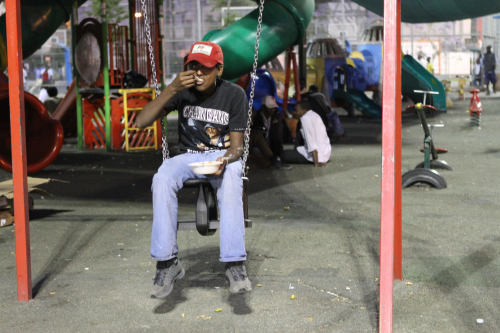 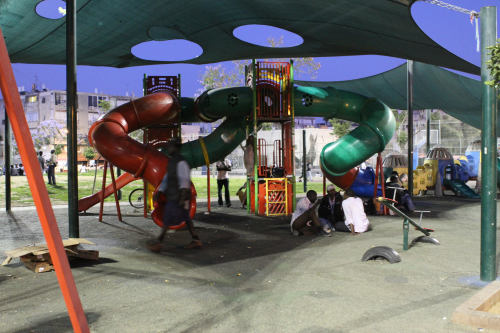 Jenny, a thirty-something year old woman of Congolese origin, tells her story too: “My region, the Kivu, was totally unstable. I was lucky enough to be able to fly here with a tourist visa. Then, I sought asylum. My Israeli neighbors like me and say hello, even if they didn’t want to greet me in the beginning.  One day they confessed to me they didn’t want to mingle with a ‘couchy’ (black person). ‘You are yous, and we are wes,’ they explained. But over time, they have accepted me and they even invited me for the Sabbath meal,” she recounts. With a tear in her eye, she also remembers the time she was arrested by the police, at her workplace, and how it felt like a roundup: “This is not good. The Jews experienced terrible things, and they keep doing the same, she regrets. They have all our addresses because we have to provide them in order to renew our visas. They shouted out my name with a loudspeaker in front of the building I was working in. There was a bus stuffed with Africans. When they rang at my employer’s door, I pissed myself, because if they decided to repatriate me, I wouldn’t have time to get my savings back… I was so scared! The policemen said that what saved me was the fact that I’m not Ivorian. They told me I didn’t have a work permit and threatened my employers of a fine. So I had to quit my job.”

This evening, drinks flow freely and the swaying melodies of the Congolese rumba flood the street, arousing the curiosity of the passersby. The lady-manager sets a kind gaze upon all those who have been coming together at her place since the bar opened, four years ago. Like most immigrants, she started by doing some domestic work. Then, many years later, she opened this refreshment room that is so loved today by the champions of the language of Molière. Her only son, who has known nothing but this country, is now, aged 17, one of the rising stars of football.

On top of the alcohol and fruit juices, Philo also serves braised chicken she cooks at home and reheats in the microwave, as well as marinated beef and pili-pili, a very hot red pepper. The dishes are gobbled up by hand, since forks are forbidden unless you own another special license.

In Philo’s bar, everyone knows everything about everybody. I’m gradually introduced to the clients as a French journalist with roots in Congo and Cameroun. Between the women’s indifference and the smooth looks of some men, I have a little trouble finding my place. I’m sipping down my soda at the bar, close to the manager. One man has a hard time reaching the fridge, where he grabs an umpteenth beer. “This one is married to an Israeli woman, Philomene whispers to me. One day, she came to tell me that he shouldn’t drink for more than 50 shekels, because that was all the pocket money he was getting from her. I respect the lady’s will: when he exceeds his intake, I put it on his dept bill. But I prefer to avoid it. » 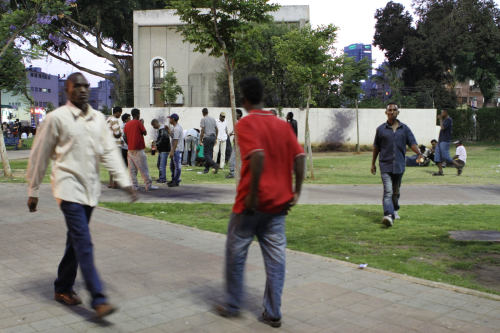 “In Israel, women are not a joke”

Many African men get into relationships with Israeli women out of love, a desire for exoticism, but also for lack of choice, since African women are far fewer. And there’s another undeniably crucial argument: they are the surest key to a legal status for them. “There’s a Ghanaian guy I know, after four years of marriage and two children, his Israeli passport in hands, he went to the UK for a holiday, and married a Ghanaian compatriot. When he wanted to fly to Accra, his passport was expired. He went to the Israeli embassy to have another one done, and they answered he had to go to Israel to get a new one. Once back here, he went to the administrative centre to renew his visa. There, he was told his wife had notified his abandoning the family home and filed for divorce. He was deprived of his Israeli citizenship and deported to Ghana. He lost everything. In Israel, women are not a joke,” Philomene hammers home.

Almost all of Africa is represented: Ghana, Congo, South Africa, Guinea, Senegal, Ivory Coast, Togo… Famara is Malian. He is anxious to distinguish himself: “Me, I’m different from the others because I have a tazzaoute (Israeli identity card). I married a Jewish woman of Russian origin during my studies in Kiev, in Ukraine. I am an agricultural engineer but here, even with my diploma and despite the five languages I can speak, the only thing I can do is housework. I’m working hard, and when the weekend comes, I need a few drinks to feel a little lighter”. “You know, here, we mingle among discriminated, analyzes Yoel, a kippa jammed on his head. The Russian Israelis are the only ones willing to go out with black men because they understand the rejection our community endures amid the Israeli society. My mother is a Czech Jew but she met my father in Europe. By the bye, I was born in Prague, and I took my return here very badly. But now I feel good here, in my country”.Little by little, the sound of the music faded into a soft background rumor. The male guests yawn, their eyes shrunk, their breath thickened by alcohol. Philomene decides to close the metal shutters. It is midnight, the legal closing time. But the clients who don’t feel like going home already can stay inside and keep on talking. The opportunity to let off steam is a priceless gift.

* Lover of life, Ekia ‘s mission is to discover and explore the cultures and people she meets while wondering across the world. She has visited some fifty countries and her passport is fast becoming a true pocket atlas! “I have a strange habit of telling my relatives of my adventures; even the saddest ones, with an unfailing humour. For even in the negative, one can find something positive, “says Ekia . Yes indeed, her pen has seduced us, it remains for you to discover it. 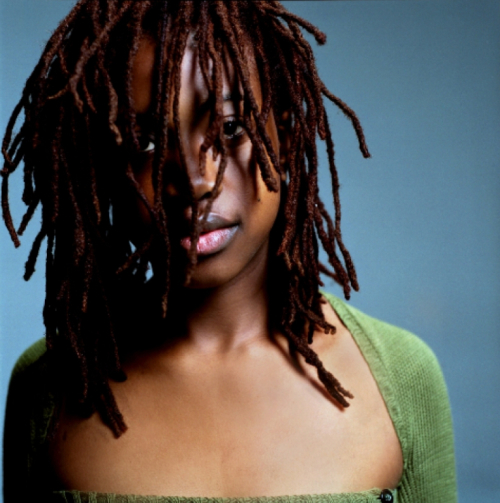