AFROPUNK EXCLUSIVE: Liz Vice Talks About “Saying Yes” To Music In The Face of Fear #SoundCheck 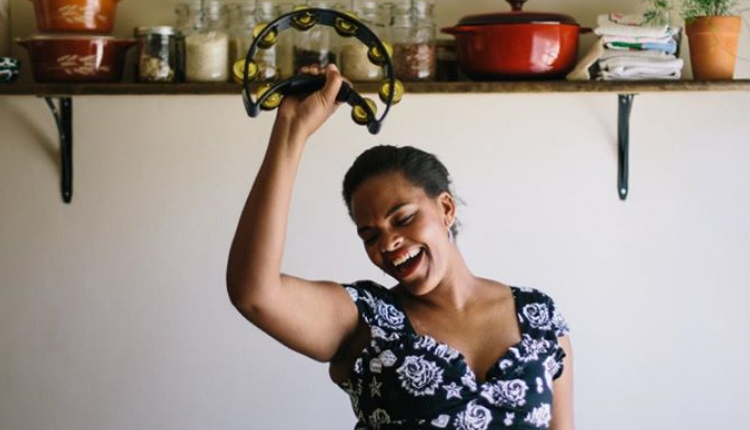 Liz Vice’s raw mix of gospel, soul, and classic R&B has turned heads since she burst on to the scene earlier this year. Her powerful voice draws on a well of deep emotion and faith. From a near fatal illness and life-saving kidney transplant in her early 20’s, to her late discovery of her voice, her story is nearly as compelling as her music.

Probably 2 and a half 3 years—no actually—almost 6 years ago, I started going to a church called Door of Hope. I was just out of film school at that time and I was struggling to film and working on projects, but I felt this pull to sing on the worship team, which definitely wasn’t for me because I hate singing. I hated it at the time—singing in front of people. I still get nervous when I sing karaoke, but it actually helps with a lot of my stage fright. So I started singing on Thursday evenings during prayer and worship time, and pretty soon got asked to sing on Sunday evenings cause that’s when services were. I sang a solo on a song called “Unfold Me” and that kind of opened the eyes of Josh White, who was a musician before he was a pastor, and he asked me to sing on an album called Wounded Healer. Eric Early from Blitzen Tracker helped produce and arranged a bunch of the songs, and the three of us—Josh White, Eric Early and I—sang on this album. I sang the song “Unfold Me,” the very song that opened the doors to why I’m singing today. And Josh just kept saying “I’m going to write an album for you, I’m going to write an album.” And he had been working on a project where he wanted to work with Eric Early and Evan Way from Parson Red Heads to create this folk/rock Americana type album but he just felt like he was supposed to be giving those songs to me. But in my mind I’m like “I’m this poor struggling filmmaker, there’s no way that I’m going to be a musician, I don’t want that kind of lifestyle.” And about a year and a half after we released Wounded Healer, we went into the studio to record these songs live. We had a release show for my album at Mississippi Studios, we sold out in ten days, and it was just a domino effect of people hearing me sing and asking me to open for other artists or perform at other musical events here in Portland. And people would ask me to sing on their albums, and it’s just like “well I guess I’ll keep doing this until people stop asking,” because I did not envision myself being a professional musician.

Well how old were you when you started singing?

Yeah, black don’t crack! The thing is, when you watch those TV shows and they’re like “I’ve been singing since I was two or four…” Yeah, I’ve been singing Disney songs and soundtracks and listening to the radio since I was very little, and my mom actually wanted to be a singer, and that’s a whole story to itself. But I never thought “oh because I listen to music for hours and hours that one day I’d be performing.” So it’s not the same as people who say yes I’ve been performing since I was four years old. 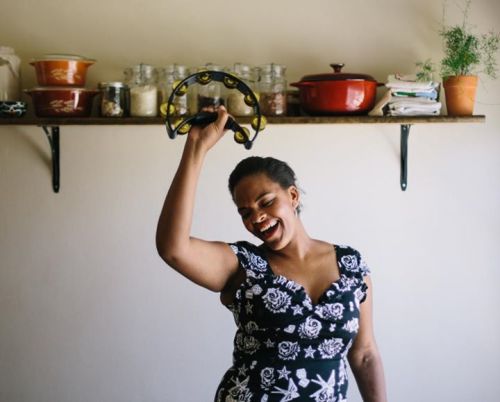 It’s really just been 6 years that you’ve been singing at all.

Not really. I mean, I sang once a month at church and then would work in film. As far as what I’m doing now musically, it’s been since last January.

Wow. Are you still pursuing film at all?

So that’s been a battle in itself. Sometimes we like to make our own plans and life is like “mm hmm. I don’t think so. This is what you’re called to do.” So I’m not saying film is totally tossed to the side, I mean I worked on a shoot yesterday for a not-for-profit project. But Portland is feast or famine as far as production work. There are times where music conflicts with my desire for film, but I really feel like this is something I need to be all in for. I don’t know what that’s gonna look like. I don’t know if film is totally out of the picture.

How has your health impacted this journey and your decisions?

Here’s the thing, I didn’t think I would be alive ten years ago. And it’s so dramatic when I say it (she adopts a melodramatic voice) “Oh my gosh I didn’t think I’d be alive ten years ago…” Which to some people it is, but it’s like the bonus life. If life can be taken so quickly, I’m more afraid not to take the risk than I am of being uncomfortable. I don’t want to look back on my life and think, “I wonder what would have happened if I had said yes.” I think the fear of saying no is stronger than having stability. And there are times where I’m like “am I a crazy person?” And I’m down on my knees praying like, “Lord, I need Jesus to talk to me I need you to write something on the wall to release me to either say yes or say no to this, because I don’t know what I’m doing.”

But it’s those moments where people say “I listened to this album while my daughter was sick in the hospital,” or “this is going to get me through one more day of sobriety,” or “you almost made me believe in Jesus,” or “I really needed to hear that Living Water.” And it’s those stories—my story of I thought I was going  to be dead, and I didn’t want to live anymore, but here I am taking the risk. Those stories—those are the things that connect us more than the music itself. How can I say no to that? I feel like it’s my duty as a human, part of my humanity, to have a gift and share and not bury it in fear.

JUNETEENTH AT BANDCAMP: 6 RECORDS YOU NEED IN YOUR LIFE