NEW MUSIC: PS the Rebels’ Debut ‘The Great Migration’ is The Soundtrack to Rebellion #SoundCheck 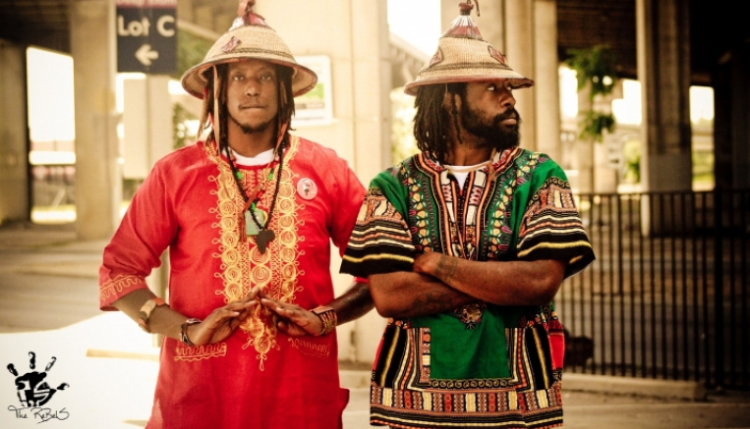 “African American or African in America?” SamUiLL and Pihon ask in the title track to The Great Migration. The two use their history as African immigrants to question and comment on American society, drawing parallels back and forth over centuries of history. The sounds and rhythms of their native Kenya merge with analog synths and pitch shifted vocals. As the sounds from throughout the African Diaspora weave themselves into the sonic tapestry, shades of reggae blend into the omnipresent kalimbas and djembes and RZA-esque film score stabs. It’s ancient, it’s modern, it’s African, it’s American, it touches on everything, it’s unlike anything.

“The Great Migration” sets the stage for what follows: a smart mix of social criticism and introspection, the song follows the duo’s constant push to call for action. Here it’s “come on a journey with us as we take you to another area,” in “Tribal Effects,” they admonish critics “if you know better / then do better / cause the knowledge you gather really is shit / unless you get up.” It’s shades of Minor Threat’s famous “you say I make no difference / at least I’m fucking trying / what the fuck have you done?” The song cleverly lays out the good and bad of tribalism. On the one hand, knowing who your people are is a source of strength and power, on the other hand, it causes us to focus on the things that divide us rather than unite. They see no difference between the tribalism of Wall Street bankers and Crips; both protect their own and wage war on anyone who isn’t in the tribe. The answer they see is in the Pan-Africanism of the Uhuru movement “one love / one community / organizing / then mobilizing.” A philosophy they break down beautifully in stand-out track “Black Uhuru.” “What does Uhuru mean? Freedom!”

As it becomes increasingly popular to use music as a means for social criticism (before I get ahead of myself, this is a very very good thing), SamUiLL and Pihon have always backed it up with their own activism. It’s fashionable right now to name drop Huey P. Newton, but still unfashionable to get out in the streets, less fashionable still to spend hours in tedious meetings debating what font to take notes in. The duo boasts their radical bona fides on the singles “The Chant” and “Barua.” When they chant “where my rebels at?” in “Medicine Man,” PS the Rebels are looking around and seeing a world of people who want to be seen as a rebels, but not enough people who want to rebel. The world needs more rebels. The world needs people who don’t just know better, but do better.

Check out The Great Migration and get out in the streets. It’s out now on W.A.R. Media. https://itunes.apple.com/us/album/the-great-migration/id993520268