FEATURE: The Almighty Street Team – How we created our own comic book/video game studio 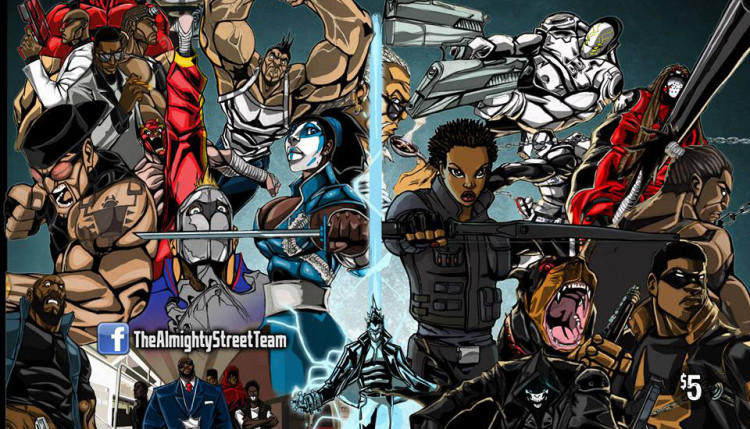 Hello everyone! First off, I would like to say simply, “Thank You!” Since we first announced this concept of “The Street Team” years ago, the support from everyone has been explosive and humbling. Street Team Studio is the umbrella company that unites four production studios and affiliate “members”. It is a multi-media company that focuses on putting out quality stories in a variety of formats, whether it be comics, video games or more. The founders are Shawn Alleyne, Joseph Currie, James Mason and Stanley Weaver, each possessing the added advantage of being creators themselves.

Street Team Studio is the umbrella company that unites four production studios and affiliate “members”. It is a multi-media company that focuses on putting out quality stories in a variety of formats, whether it be comics, video games or more. The Studio is built upon the time proven adage that there is strength in numbers, and thus the founders forged a greater entity than the sum of their individual studios. Each individual studio under the broad umbrella of Street team has its’ own universe aside from the “shared” universe, so when not working on Street Team, the members are busy producing their own properties. The founders are Shawn Alleyne, Joseph Currie, James Mason and Stanley Weaver, each possessing the added advantage of being creators themselves. 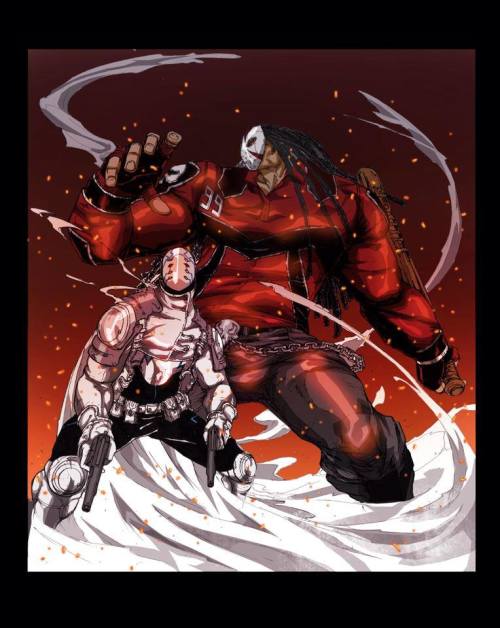 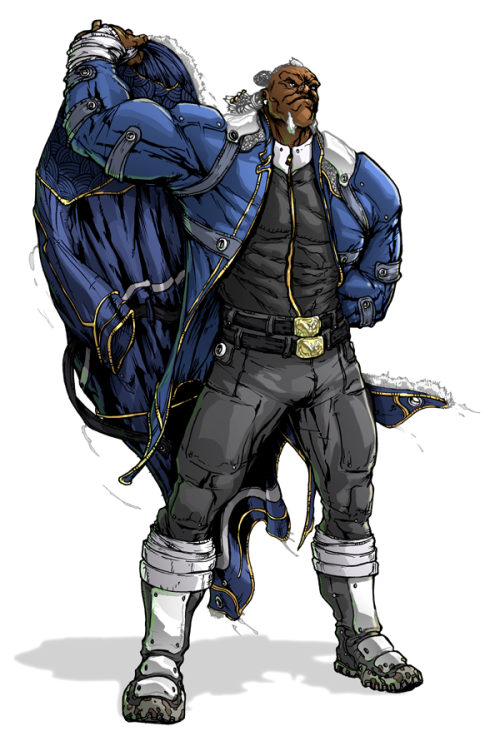 .The Studio’s flagship release is a multi-platform property called the “Almighty Street Team”. The first launch from the property is a comic book comprised of a champion from each of the individual studios, united to take on an adversary more powerful than they could face alone. Currently, the product line includes the “zero” issue of the comic book (part of a forth-coming limited series), a video game, a Universe Guide, plus a line of prints and lithographs that portray the present Almighty Street Team line up. The main idea behind The Street Team is to have various street level heroes come together for a common goal. There is no fixed membership, which opens up the door for rotating cast members and allows us to tell varied stories with fresh perspectives. This is all done with the added nuance of showcasing superheroes of color in a whole new light. In the story, a Warlord by the name of Grandmaster Ogunn (and his clan of conquerors known as the Silver Lords) has taken the city of Bridgeport hostage. With this key centralized city now in Oguun’s hands, it’s only a matter of time before the other surrounding cities fall as well, then the world. Under Oguun’s reign, new criminal alliances form within the criminal elite of these neighboring cities, and Ogunn’s master plan of complete and total domination is within his grasps. Meanwhile, another unlikely alliance is being formed between five street level heroes from the five neighboring cities, who have united to face this threat head on. The Street Team comic is an urban-action-martial-arts-superhero epic. We took classic Shaw Brothers kung-fu energy, added some classic superhero mythology in the form of a “cross-over” type event, all with a modern, gritty urban spin. 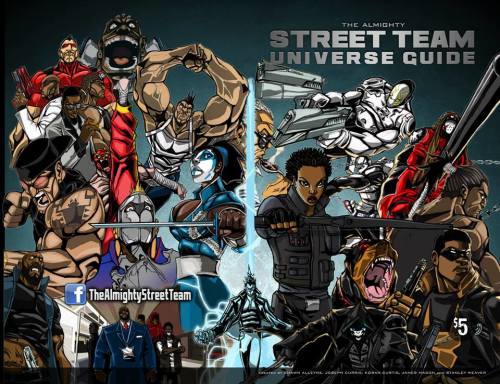 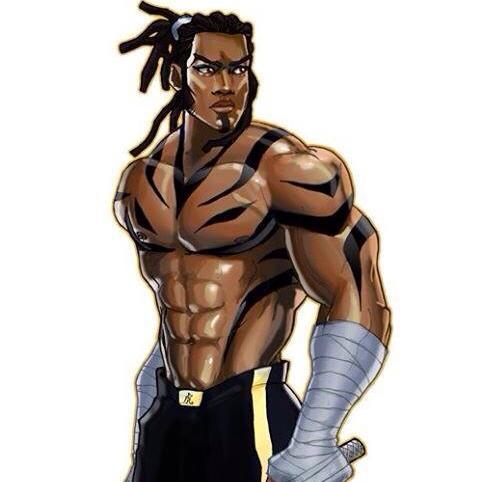 So, with so many creators on a book, what is the creative process behind the scenes to make the Street Team comic and the other properties run smoothly? The process operates off of four principles: Communication, Planning, Honesty and Humility. Beyond that, all members of the Studio have planning sessions where we map out the stories together. Our head writer Joe Currie then takes those notes and crafts the main script. The script is then passed to Shawn Alleyne and Koran Curtis to polish and edit. The final version of the script moves to Stan Weaver for pencils. Once Stan “weaves” his magic, the pages are sent to Shawn again who also serves as inker for the team. And finally, those inked pages are sent to the anchor of the team, James Mason, who handles colors and graphics. A true collaborative effort. 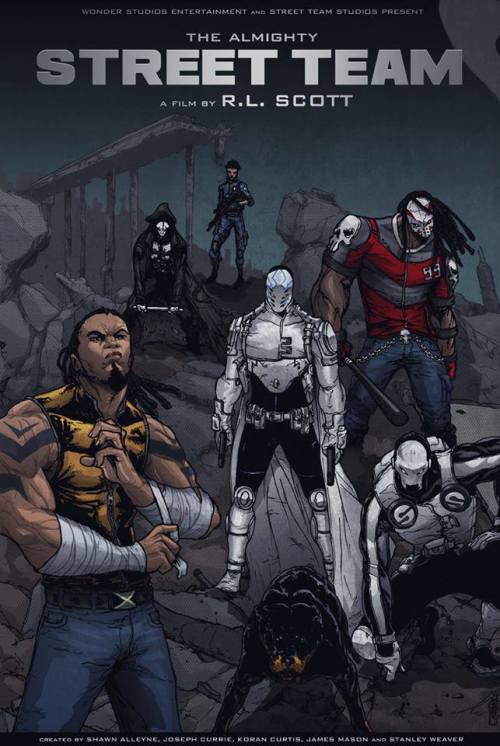 We aim to have more characters joining the Street Team. As mentioned before, the Street Team concept was always conceptualized where the group would have a rotating cast depending on the mission. In future stories, you might see some old faces mixed with some fresh creations or all brand new characters. So, what are the attributes that classifies a character to be a “Street Team” member? The answer would be a characters that fit the theme of a Street Team member basically have an urban street level aesthetic to them. If a character possesses powers, they wouldn’t be on a cosmic scale level, but more subtle. A Street team character is more concerned with the common man and their neighborhood, and fighting the good fight here, more so than running off into space to fight an alien invasion. 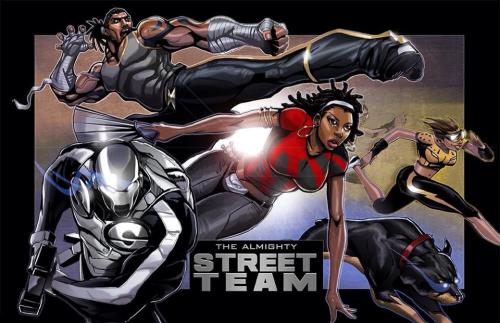 So what’s next for the Street Team? Well, some things are hush-hush right now, but due to an incredible underground buzz, the Studio has garnered enough industry acclaim to attract feature film producer and director R.L. Scott who signed the Studio to a Street Team theatrical live action movie deal. Besides that, look for more titles and further expansions of the video game in the future. Once again, thank you for all the support!

* Below is the roster for the Founders, their individual studio, and the current characters represented in the StreetTeam continuity:

PLANET AFROPUNK 2020: PAST, PRESENT AND FUTURE IS BLACK